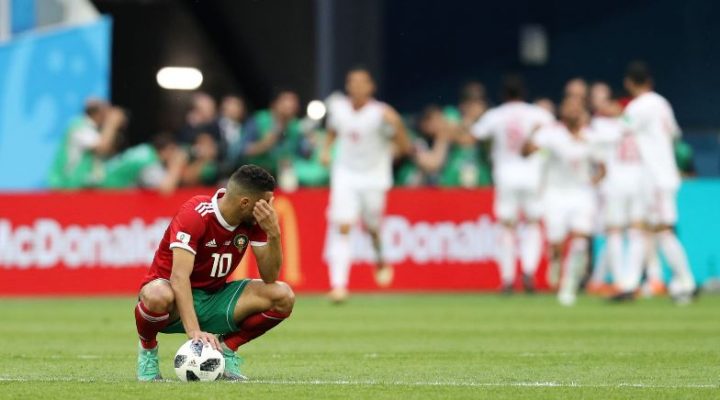 For the second time on Friday, a last-minute goal has transformed the state of a group at the 2018 FIFA World Cup Russia, and cut down a North African side.

While it was Uruguay in the earlier encounter, a heartbreaking own goal sunk Morocco in IR Iran’s favour for a 1-0 win.

Morocco flew out of the traps in Saint Petersburg, carving out some sensational chances, but Iran easily could have gone in ahead at the break. By contrast, the second-half hardly had an opening worthy of note, until deep in stoppage time when Aziz Bouhaddouz headed into his own net.
Team reporter analysis
Siavash Rahmani, Team reporter for Iran said: “Iran made it. A second ever win at a World Cup. Team Melli found itself still in the game come the closing stages after being under pressure in the opening minutes.

They hit Morocco on the counter-attack at certain points, but to score the crucial goal they had to wait until the final seconds of stoppage time. That own goal leaves Iran hopeful and eager for their upcoming fixtures, but they still need at least a point to have a chance at qualifying.”

Team reporter for Morocco, Zineb El Houari said: “A heartbreaking defeat for Morocco. They had the chances, but Amine Harit’s superb supply only reflected the glaring absence of a true centre-forward in the team. In five visits now, Morocco have never won their first World Cup.

Ultimately, the absence of Nabil Dirar cannot be underestimated and it will be a real challenge to pick themselves up for the Portugal game.”

Man of the Match, Amine Harit – Lively, creative and a handful that Iran rarely got under control, the Schalke winger was pivotal in the first half and his efforts deserved to have seen Morocco at least on the scoresheet at the break. 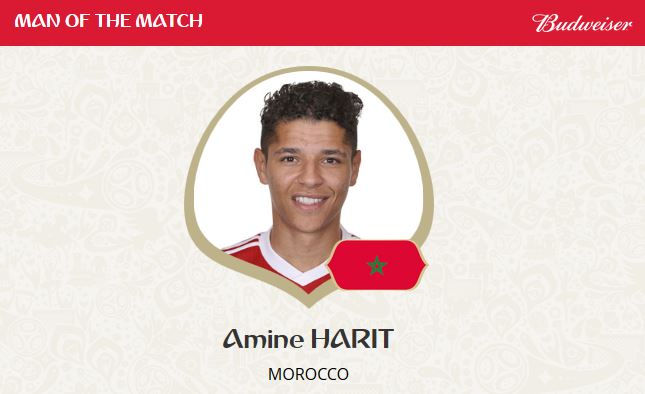 This result brings about 1998 deja vu for both sides. While Iran are enjoying their second ever win at a World Cup, having beaten USA in France, Morocco last conceded an own goal in that tournament as well. That one, from Youssef Chippo, came in their opener too, a 2-2 draw with Norway.