#PORESP Ronaldo Leads Portugal to a 3-3 Draw Against Spain 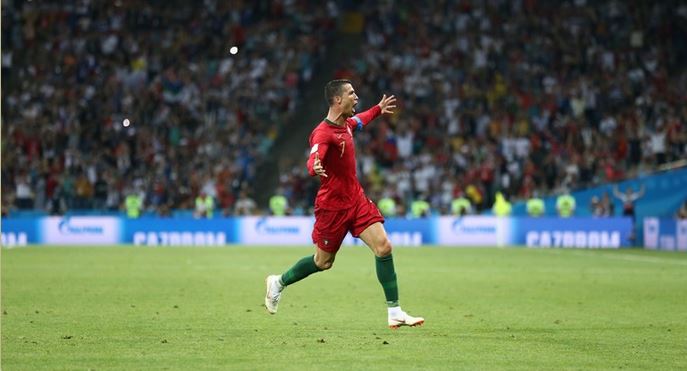 Cristiano Ronaldo was Portugal’s saviour once again as he scored a hat-trick to secure a draw against Spain. It was the Real Madrid man’s highest goal tally in a FIFA World Cup match.

He kicked off with an early penalty, deceiving Nacho inside the box to win it and then stroking the ball home from the spot. Fortunately for *La Roja*, Diego Costa was also at his bristling best, getting the better of the Portugal defence to level the scores.

Isco then thumped a rasping drive against the bar. Yet while Spain dominated possession they were vulnerable on the counter, and it was on the break that Ronaldo put his side back in front, firing in a drive that David de Gea was unable to hold.

Costa scored his second equaliser of the night just after the restart before Nacho atoned for his penalty-box trip on Ronaldo by powering a superb half-volley in off the post, his first goal for Spain. 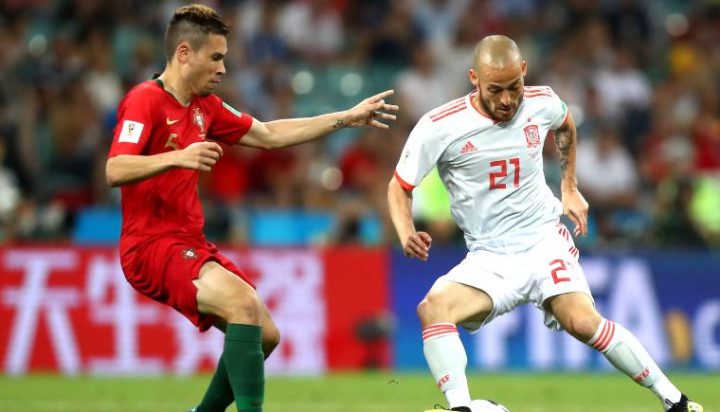 As the clock ticked down, however, Gerard Pique brought down CR7 just outside the box, with the Portugal star dusting himself down to complete the scoring with a sublime free-kick.

Team reporter Analysis
Raquel Branco with Portugal
The Portuguese could not have wished for a better start, or a better ending for that matter. Spain made them work hard for a well-earned point, which came courtesy of a classy treble from the best player in the world.

Antia Andre with Spain
Spain impressed on Fernando Hierro’s debut in the dugout, coming from behind only for Cristiano Ronaldo to spoil De Gea’s evening. The midfield excelled and though Costa’s double and Nacho maiden goal for his country were not enough to secure three points, they can take plenty of satisfaction from the result, as can the Portuguese.

Budweiser Man of the Match

Who else could it be but Cristiano Ronaldo? The Portugal captain ensured a share of the spoils in a match that Spain dominated, becoming only the third Portugal player to score a World Cup hat-trick after Eusebio at England 1966 and Pauleta at Korea/Japan 2002.

Ronaldo opened the scoring from the spot with only three minutes and 30 seconds on the clock, the third fastest penalty in the history of the World Cup. Only Dutch duo Johan Neeskens and Robin van Persie have scored quicker spot-kicks, the former after 87 seconds of the Final against West Germany in 1974 and the latter after two and a half minutes of the match for third place against Brazil in 2014.