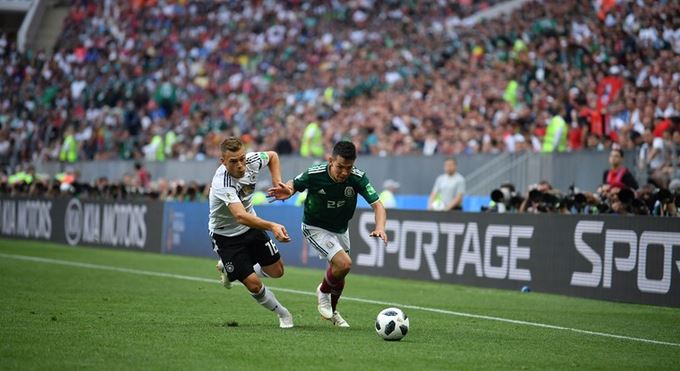 Mexico is said to have cast the “curse of defending champions” on Germany as it were with Spain in the 2014 World Cup in Brazil.

Enterprising Mexico refused to be intimidated and came away with a win over the German Machines in their first game at the World Cup on Sunday.

A shaky warm-up campaign had called into question the dominant form the Germans showed in qualifying, but experience and records were on their side.

This is because they have won every opening game at major tournaments since Joachim Low took over as coach in 2006.

But Juan Osorio’s Mexican side had other ideas, however, holding their own against the favourites’ fearsome but slowing midfield and finding space at the back.

They needed this because they were seeking to end 33 years without a win against Germany.

After wasting a handful of first-half chances while living dangerously in their own half in the thrill-packed Group F opener, Hirving Lozano’s 35th-minute strike on the break proved just reward. 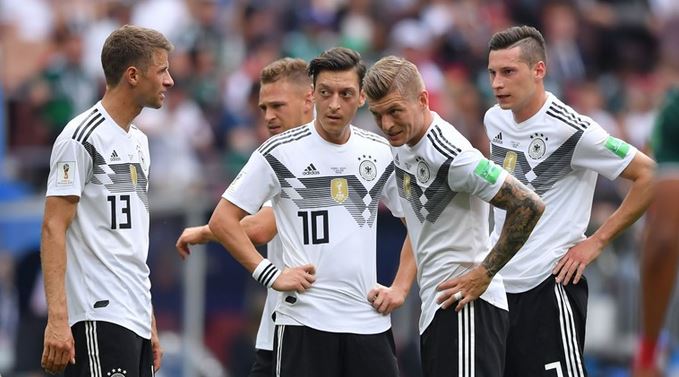 When German centre-back Mats Hummels lost possession deep in the Mexican half, Javier Hernandez was released through the middle to outpace Jerome Boateng.

With a less than perfect pass he found Lozano, who controlled the ball, cut inside Mesut Ozil, held off a charging Toni Kroos and slotted coolly past Manuel Neuer.

At the other end, Guillermo Ochoa tipped a blistering Kroos free kick on to the bar minutes later, in what was to prove the Germans’ closest effort of the match.

The match in Moscow was one in which the Germans had more than 60 percent possession, but they could not make it count.

Germany pressed in the second half but struggled to find the target, as Osorio beefed up his defences to hang on.

He removed Lozano with 15 minutes left and sent on 39-year-old Rafael Marquez at the back to become the third man ever to play in five World Cups.

Low threw on Marco Reus in place of Sami Khedira and, with 10 minutes to go, switched left-back Marvin Plattenhardt for a second striker, Mario Gomez, to reinforce Timo Werner.

Werner had failed to make much of a mark in the German spearhead.

Mexico had much of the 80,000 crowd in Luzhniki Stadium on its feet as the Germans left ever greater gaps at the back. 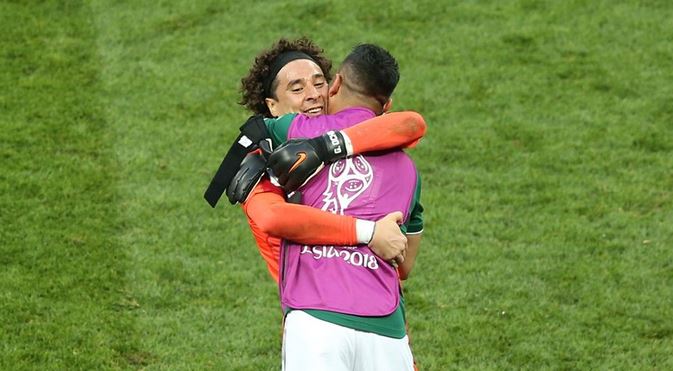 The wastefulness notably of Hernandez on the final pass may reassure future opponents that Mexico, while determined to end a Cinderella reputation, have not replaced Germany as favourites.

Youngster Julian Brandt nearly saved Low’s night after taking over from Werner in the final minutes when he blasted a shot past Ochoa’s right post.

Goalkeeper Neuer even came up for a corner kick in injury time.

But it was not to be.

Mexico can dream of going better than a consistent record of reaching the last 16 of the last six World Cups.

They can even think perhaps of improving on the quarter-final they last reached in 1986.

“They are the best team in the world,” goalscorer Lozano said, describing his strike as “the best goal of my life”.

The Germans now face Sweden and South Korea and should still qualify from Group F.

But their reputation is not what it was.

“We are now under pressure. We have to get six points from the next games,” Kroos said. “We did not do well. We had our chances but didn’t score.”