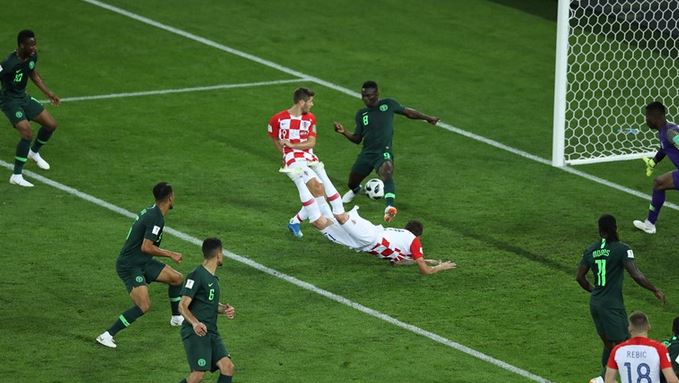 No shots on target, one goal. The statistics at half-time during Croatia’s meeting with Nigeria reflected an opening 45 minutes shaded by the Balkan side – but largely dominated by defenders.

Ivan Perisic went closest to hitting the target with an effort from 20m after a quarter of an hour, but in the end, it was Nigeria’s Oghenekaro Etebo who brought joy to the huge Croatian contingent in Kaliningrad, beating his own goalkeeper following a corner.

Cautious in the first half, Nigeria came out with more purpose after the break, only for Dejan Lovren and Domagoj Vida to keep Odion Ighalo well and truly quiet.

In fact, just as the Super Eagles began turning up the pressure on Danijel Subasic’s goal, the Vatreni (The Fiery Ones) responded by doubling their lead, Luka Modric converting from the spot after William Ekong held Mario Mandzukic in the box.

It was no less than Modric deserved after a superb display that earned him the Budweiser Man of the Match award. 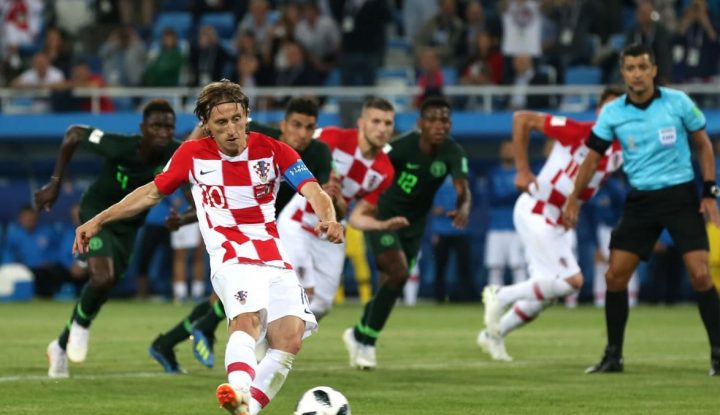 The Super Eagles of Nigeria started their campaign in the ongoing FIFA World Cup in Russia with a 0-2 defeat against Croatia, which has dampened the expectations of fans who had expected the team to soar.

In a match that the national team was expected to take by the scruff of the neck, the Mikel Obi-captained team somehow contrived to put up a limp display that was unbecoming of their illustrious reputation.

Nigerians on Sunday expressed optimism that the Eagles will win their remaining matches in Group D despite the loss to Croatia.

Mr. Layi Adesiyan, the Director of Sports, Youths and Special Needs in Osun State, says Super Eagles can win the remaining matches in their group.

Adesiyan while speaking to the News Agency of Nigeria (NAN) in Abuja on Sunday that Super Eagles needed to focus on other matches. Super Eagles lost 2-0 to Croatia in their maiden match in the group D.

He said that the technical crew should immediately start to prepare for the remaining games.

“We should not start to blame players and coach for the loss by now, rather we should be thinking about what to do to encourage the team.

“The technical crew needs to work more in all the departments of the team; the goalkeepers, the midfielders, the attackers and the defenders.

“Each player should be given the appropriate responsibility and by now the coach should know what department each player belongs.

“The coach needs to be apt in ensuring necessary substitution where he notices a gap. We can’t just come home without winning any team in our group stage,’’ Adesiyan said. 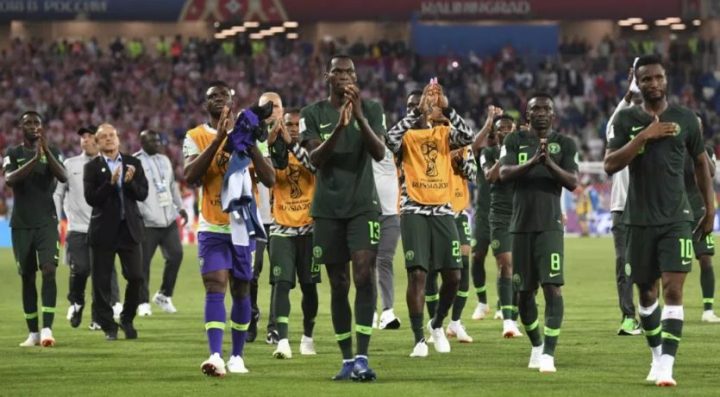 Gaiya in Abuja said that the performance of the Super Eagles was expected. Reacting to the 2-0 defeat of the Eagles, Gaiya said the team was a work in progress.
He advised the head coach to go back to players used to gain the World Cup qualification.

“For now, there is nothing we can do to remedy the situation, let us make this change to avoid further embarrassment. According to him, the outcome is what most of us saw coming.

” I am an active supporter of the national team but I did not go to Russia with the team because inspite of their preparations, the team don’t have the quality that can compete at that level.

“Basically we have an assembly of average young players that are struggling in their various clubs and I don’t think that the world cup is an avenue for such players to be thrown into in the mix of teams like Argentina, Iceland and Croatia.

“I thoughts we could have depended more on players that we can trust not introducing very young players at the dying minute of the preparations.

“You can see that there are about four or five players that came in long after we have qualified for the tournament.

“And these players are coming in from clubs that were never using them, who will have to say that Francis Uzoho will be the one keeping when he has never tested such competition.

“We were not expecting this team for the World Cup, the team is a team for the future and not for this world cup.

“The team is a work in progress, it a team that if we allowed them to stay together in the next two to four years they can do well,” he said.

But the Enugu chapter of Sports Writers Association of Nigeria (SWAN), said lack of cohesion among individual players brought painful loss to the Super Eagles in the ongoing World Cup.

The Chairman of SWAN Enugu Chapter, Norbert Okoli, told NAN that lack of cohesion denied the team the needed “hard bite” against the Croatians in the beginning.

“It is a painful loss not only to the Super Eagles but to Nigerians and the continent of Africa.

“We prepared very well but it is unfortunate that we started with this disappointing first match,’’ he said.

Okoli, however, said that he still believes in the ability of the Super Eagles to make Nigerians proud in the ongoing football fiesta.

“I call on Nigerians to still believe in the team and put the disappointing start behind them.

“I want all Nigerians to dream positively, act, say and pray for the team to bounces back,” he advised.