Fourth Loss for Africa, as England kick Off Campaign with Hard-Fought Victory Over Tunisia 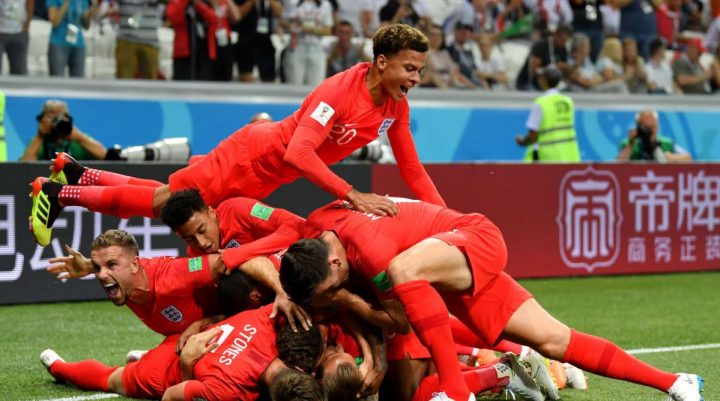 England snatched victory in the dying moments of their opening fixture against Tunisia at the 2018 FIFA World Cup Russia at the Volgograd Arena. Tunisia is the fourth African country to lose its game in the ongoing tournament.

Immediately establishing a firm hold on their encounter, Gareth Southgate’s team created a series of excellent chances before Harry Kane scored the opener, reacting quickest to a rebound and slotting home from close range.

Nevertheless, the north Africans refused to lose heart after conceding or even when their goalkeeper Mouez Hassan was forced off through injury shortly afterwards.

The Eagles of Carthage remained organised and disciplined, putting pressure on England all over the pitch and patiently waiting for an opening. Their opportunity finally came when Kyle Walker committed a foul in the English penalty area, allowing Ferjani Sassi to level from the spot.

In the second half, Tunisia sat deep and hardly created any promising chances, but captain Kane stepped up to the plate, heading home his second of the match in additional time, again from close range, to save the day for the Three Lions. 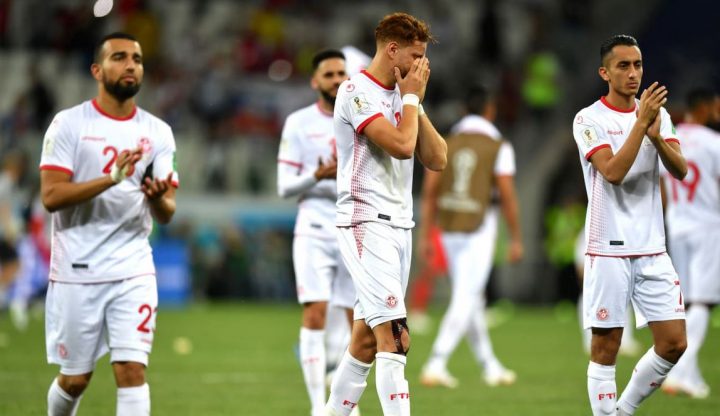 Tarek Kadri, FIFA reporter with Tunisia said: “Despite a difficult start to the first half and conceding early on, Tunisia did not give up and tried to get back into the game. England were clearly the dominant side and played better football, but the Tunisians managed to level up from the spot. After half-time, the pace of the game dropped and Tunisia defended better than in the first half, a lot of credit for which goes to striker Fakhreddine Ben Youssef’s selfless defensive work up front. However, the team missed out on the draw right at the end.”

Laure James who is with England said: “England turned a potentially miserable night in Volgograd into ecstasy thanks to Harry Kane’s dramatic late winner. Their creativity in midfield and outstanding work rate helped them to battle back from a pending draw, punctuated by Kane’s brace while set pieces will clearly be key to England’s progression. 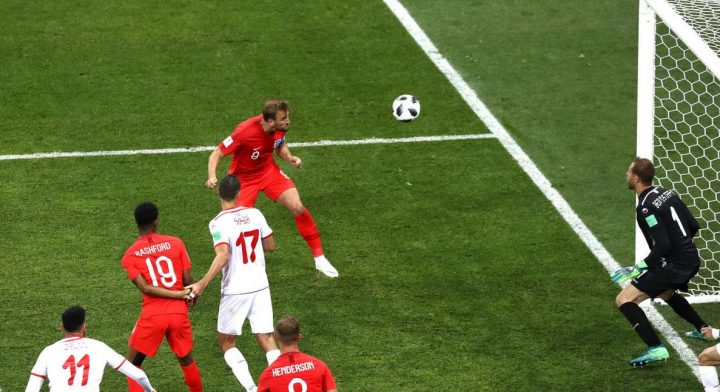 Further positives for Gareth Southgate will include his side’s work rate, Jesse Lingard’s weaving between opposition lines and their quick reactions to counter-attacks, Harry Maguire’s assured performance and Dele’s persistence. Even so, after a string of missed chances in the first half, we expect finishing to be a key feature in training, back in Repino.”

Man of the Match

Harry Kane scored a brace in his debut match at the World Cup, twice popping up in the right place at the right time and delivering a long-awaited victory for his country at the tournament.

The amount of minutes it took Harry Kane to score his first goal at his debut World Cup. Interestingly, legendary English striker Alan Shearer also notched his first World Cup goal in his first appearance at the tournament, against the same opponent as well. Shearer made it 1-0 against Tunisia in the 42nd minute at France 1998.