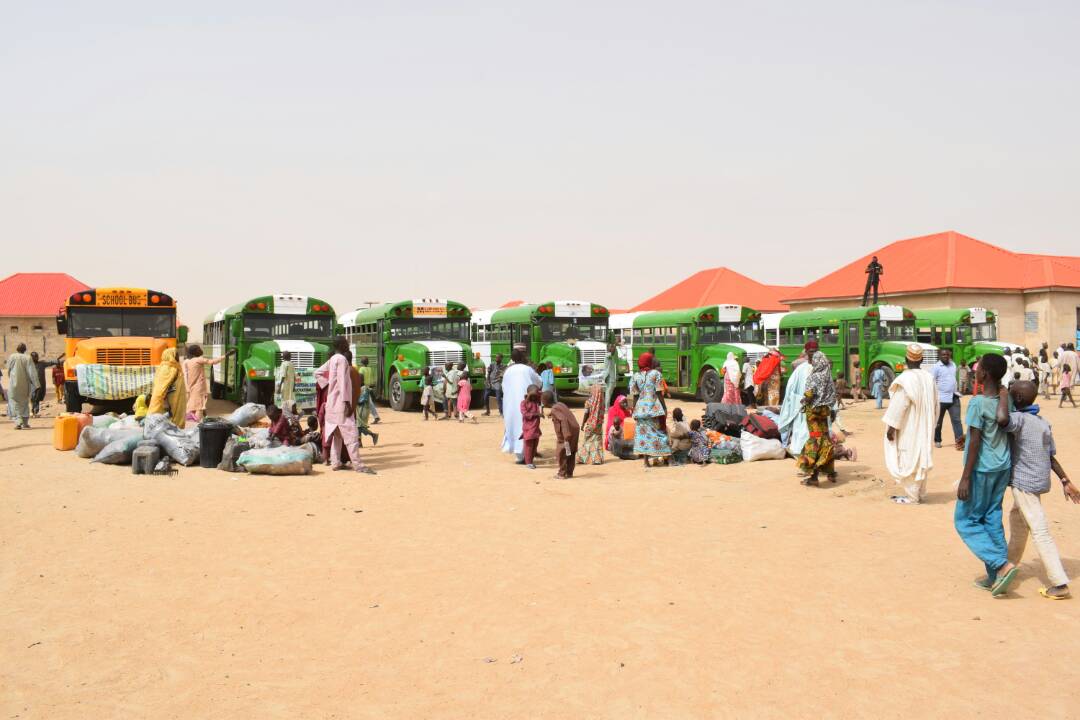 Guzamala Receives Over 2000 IDPs Back Home

The IDPs numbering about 2,043 individuals, making up 378 households constitute the first batch of IDPs who willingly expressed the desire to return to their communities to resettle and resume their traditional occupation of farming and fishing, as well as other socio-economic activities.

Speaking during the flag off of the movement at the Bakassi IDP Camp, the Theatre Commander Operation Lafiya Dole, Major General Rogers Nicholas, stated that the earnest desire of the Chief of Army Staff, Lieutenant General Tukur Yusuf Buratai has been to ensure that IDPs who are willing, return home to begin a normal life. He noted that the modalities to return the IDPs home was jointly worked out by the Theatre Command, the Borno State Government and the Guzamala Local Authorities. General Nicholas added that the military has reinforced security in the locality and that the traditional farm clearing ( sharandaji) to declare the farming season open has been earlier conducted in Gudumbali. He assured the returnee IDPs of adequate protection while they resettle, adding, that Operation Last Hold has been inaugurated in the theatre to operationally cover the locality and other communities.

The Theatre Commander also urged well meaning Nigerians and Non Governmental Organizations (NGOs) to support returnee IDPs with farming implements and other relief materials to enable them settle back quickly into their respective communities.