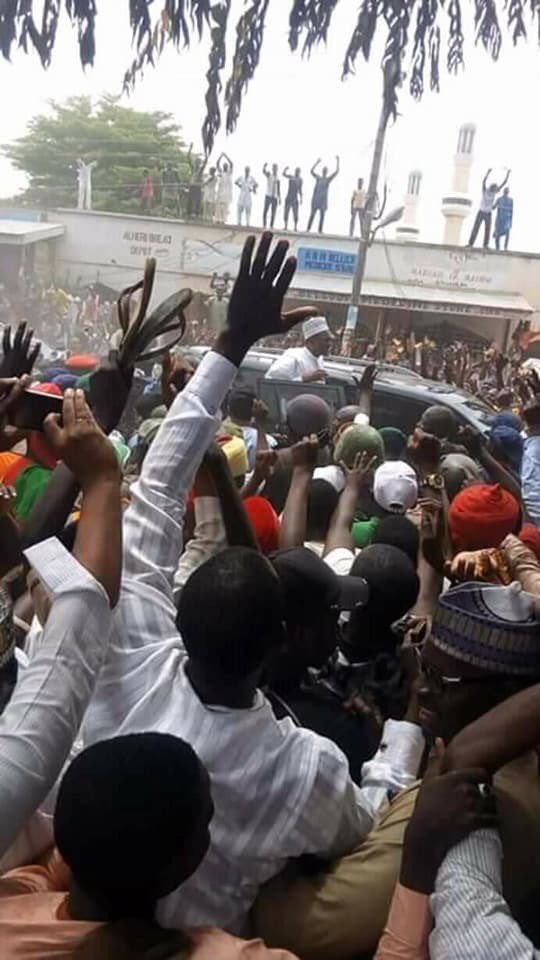 If I Owned an Oil Well, I Would’ve Gone to Jail – President Buhari

Garba Shehu, Abuja: President Muhammadu Buhari Monday in Abuja said he had no regrets being a person of honesty and integrity.

“I am satisfied with what I am. I am happy I have kept myself and people close to me from benefiting from government contracts,” the President told a delegation of the Supreme Council for Sharia in Nigeria at the State House.

President Buhari said he did not award contracts and did not care about who got them so long as they did a good job at a cost that is justifiable to the nation.

According to him, “I have been in many places including (Ministry of) Petroleum. I would have gone to jail if I had taken an oil well. For integrity and honesty, I have no regrets. By this, I have contributed to my social safety. I won’t go to jail.”

The President, who said he had been accused of many things, said his critics cannot accuse him of stealing.

“You cannot accuse me of stealing,” he said, adding, “I have appointed ministers and they are in charge. I appeal to their integrity. When they come here (Federal Executive Council) Chambers, we ensure they follow the due process. If I owned an oil well, I would have gone to jail.”

President Buhari also responded to a number of issues raised by the delegation, including complaints that Muslims had been marginalised in appointments to government institutions such as the military and the civil service.

The President said this illustrated how difficult his job is because he faced the same criticism from adherents of other faiths. “I am in a difficult situation,” he admitted.

On the burning issue of violent conflicts in some parts of country, President Buhari said he was putting in his best. He said that following his dissatisfaction with the performance of the Police in Zamfara State, he ordered a massive transfer of officers and men who had stayed three years and above in the troubled State.

The President appealed to the religious leaders to instruct their followers on the importance of possessing their own voters’ cards which he described as a “national entitlement,” and to preach justice to all which is an instituted pillar of Islam.

President Buhari, who revealed that he had received a “stiff bill” from the Minister of Information and Culture, Lai Mohammed, for the restoration of the dilapidated infrastructure and facilities of federal government-owned radio stations in all states of the federation, promised that something would be done.

Speaking on behalf of the delegation, the Vice-President, Sheikh Hadiyyatullahi Abdulrashid commended President Buhari for accomplishing much of what he promised before his election. He likened him to the captain of a capsizing ship and the messiah needed by the country.

Sheikh Abdulrashid also spoke about the alleged marginalisation of Muslims, violent conflicts between farmers and herders, the problems of drug abuse among youths and the fate of Federal Radio Corporation of Nigeria (FRCN) Kaduna, among other issues.