Alleged N115.7m: ‘Gwarzo car grant is in compliance to board resolution ‘- witness

Mr Ajao Akintade second prosecution witness in the of trial the suspended Director-General (DG) of the Securities and Exchange Commission (SEC), Dr Mounir Gwarzo, informed FCT High Court Maitama, that the car grant collected by the DG was in compliance with a board’s resolution. 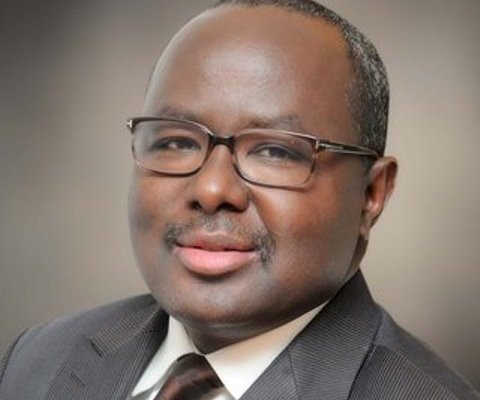 Gwarzo alongside the Executive Commissioner, Corporate Services in the Commission, Zakwanu Garuba, were arraigned by the Independent Corrupt Practices and Other Related Offences Commission (ICPC), on a five-count charge bordering on fraud.

ICPC accused Gwarzo of committing fraud to the tune of about N115 million in June 2015, when he was SEC Director-General.

It also alleged that the suspended DG received the sum of N104,851,154.94 as severance benefits when he was yet to retire, resign or disengage from the service of SEC.

It further alleged that Gwarzo conferred a corrupt advantage upon himself when he received the sum of N10,983,488.88 in excess of car grant payable to him.

Garuba, on the other hand, was accused by ICPC of allegedly conniving with Gwarzo to commit the fraud.

While testifying, Akintade, who works in the Human Resource of SEC, said that the monetised car grant collected by Gwarzo was in compliance with the resolution of the SEC Board.

According to him, the monetized grant, according to the resolution was based on the current market value of a new vehicle, adding that the grant was given every three years and it was non-refundable.

While being led in evidence by the prosecution counsel, Mr Adesina Rahem, the witness informed the court that Gwarzo collected a car grant of N49,425,700 as an executive commissioner in SEC, while he was paid the grant of N84.388million as DG.

He said that SEC’s Human Resources department initially computed the sum of N73, 405,397.12 as the grant to be received by the DG, which he said he wrote a memo, dated June 1, 2015 but was rejected by the second defendant.

This he said necessitated writing another memo on June 2, 2015 conveying the new amount, which was paid to the DG.

While being cross examined by Gwarzo’s counsel, Mr Abdulhakeem Mustapha (SAN), the witness said the first defendant held different positions as executive commissioner and DG, adding that the terms and conditions of the two offices were different.

He stated that as an executive commissioner, Gwarzo was entitled to the items listed for the office by the board resolution.

“It is correct that anybody holding the office of DG is also entitled to the items listed for the office.”

He informed the court that he wrote the memo on June 2, 2015 based on the board’s resolution, which had been tendered by the prosecution as exhibit before the court.

According to him, no executive commissioner had been denied from benefiting the monetised vehicle policy since it was introduced, adding that past DGs had also benefited from the policy.

The witness told the court that some of the beneficiary DGs even retired before the three years window provided, saying that when they retired, none of them made any refund of the grant they collected.

He confirmed that a former Head, Human Resources Management of SEC, Mrs Mary Ekpo, retired before the three-year period but she did not refund the grant she collected as she was not asked to refund it.

Justice Hussein Baba-Yusuf, at the instance of the prosecution, adjourned the matter until Sept 20 and Sept. 21 for continuation of hearing. (NAN )