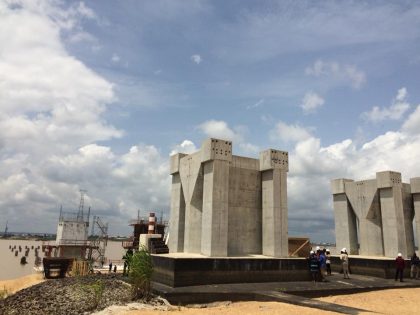 An Enugu based Non-Governmental Organisation, the Women Aid Collective (WACOL) has expressed concern over abandoned and unimplemented federal capital projects worth N3.4 billion in Enugu State.

A research consultant of WACOL, Dr Uzochukwu Amakom, made the disclosure in Enugu on Monday at a press briefing on findings of monitored federal projects in the state.

The briefing was organised by WACOL in partnership with the Christian Aid, a donor agency.

According to Amakom, it is worrisome that the total number of implemented federal capital projects in Enugu is low compared to other states like Abia, Imo and Kaduna States.

He noted that 12 projects were monitored in the three senatorial districts of Enugu East, Enugu North and Enugu West and cut across areas of education, health, works/ infrastructure and agriculture.

“Our community-based team monitored 12 federal capital projects in the three senatorial districts of Enugu State as contained in the 2017 fiscal year project.

“Also, 30 percent of these projects have not been implemented, 46 percent were ongoing with some of the projects suffering abandonment at different phases,” he said.

The university don blamed the lackadaisical attitude of representatives both at the lower and upper chambers of the National Assembly to effectively monitor implementation of projects in their areas as the major cause.

He stressed the need for people to hold their representatives responsible for any abandoned project or lack of it in their areas as well as ensure early release of funds for effective implementation.

Amakom advised that the period of the election was the right time to make representatives accountable and see that the various projects were not only implemented but also put to good use.

Others are renovation of three classroom blocks at Federal Government College, Leja and the rehabilitation of Oji-Achi through Obeagu-Mmaku-Awgu-Ndeaboh-Mpu-Okpanku-Akaeze roads.

The ongoing water projects at Umueke, Inama and Uvuru all in Uzo Uwani L.G.A were few of the major projects monitored by WACOL monitoring team.

Earlier, the program manager of WACOL in Enugu State, Mrs Anuli Ezennia, said the project monitoring was a project under the Voice to the People initiative (V2P) with funds from the Christian Aid.

Ezennia disclosed that the objective of the meeting was to provoke major stakeholders to join hands to stop the spate of abandoned projects in the state which was a recurring event.

“It is good to monitor and measure project results so that successes could be rewarded and failure made public for transparency and accountability. (NAN)