It’s In Nigeria’s Best Interest For Buhari To Be Re-Elected, Says MURIC Director 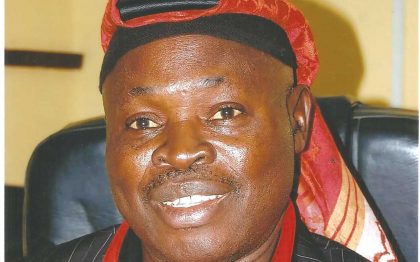 Prof. Ishaq Akintola, Director, Muslim Rights Concern (MURIC) on Wednesday said that it would be in the best interest of Nigeria for President Muhammadu Buhari to win in 2019.

In a statement issued in Lagos, the Muslim Cleric said that Buhari’s interest lies in the progress for Nigeria and the welfare of Nigerian citizens.

Akintola reaffirmed the group’s commitment to the Buhari led administration, saying that it has the political will to fight corruption and to punish offenders.

“Ex-governors and powerful politicians are being sent to jail for the first time in the history of this country. Huge amounts are also being recovered. It is a record performance,” he said.

According to the MURIC director, the organization’s stand is not about any close relationship or acquaintance, but about the president’s integrity.

“We marvel at his prudence, his simplicity and his altruism. He is simply a living legend. These are the qualities which we cherish in Buhari.

“His political party does not matter to us. Some Nigerians are not being honest. All of us have been complaining for a long time that the problem with Nigeria is leadership. We accused our leaders of greed, avarice and selfishness.

“We have been complaining for long that corrupt leaders always got away with their loot. Nobody ever questioned anyone. But today we have a president to whom transparency, probity and accountability are uppermost.

“Our support for this administration is driven by patriotism and good governance but not based on religion.

“If the Vice President Yemi Osinbajo who is a Christian clergy contests election tomorrow we will support him because he shares the same vision with the President.

“Wole Soyinka and Femi Falana are Christians. We will not hesitate to rally behind them tomorrow if they vie for leadership positions.

“We would have given all our energy to support Tai Solarin, Dr. Beko Ransom Kuti, Chima Ubani and Ken Saro Wiwa who were all Christians had they contested for the post of president in their lifetime.

“As religious leaders, we are speaking up to guide politicians because things may go wrong if we keep quiet, we will never give up on Nigeria. We will never surrender this country to kleptomaniacs and blood merchants no matter the amount of blackmail.

“This struggle is towards a better future for Nigerian youth, Nigerian children and generations yet unborn. Posterity will judge us,” he said.

The director cited Qur’an 8:25 which condemns docility, encourages Muslims to be proactive and warns that those who fail to speak up when necessary may eventually become victims of the evil even if they are innocent.

He also urged Muslims not to shy away from politics, saying that politics determines whether the roads will be good or not.

“Politics determines whether or not we will have stable power supply, a reliable public transport system and good public health delivery package,” he said.

He lamented that some politicians are earning N29 million monthly while poor workers are not even getting N18,000 minimum wage as and when due.

“The Asset Management Corporation of Nigeria said last week that only 350 Nigerians are responsible for more than 80 per cent of the N5.4 trillion debt portfolio of the company,” he further said.

Akintola however advised Muslims to wake up to the challenge of politics, to speak up and be proactive.

“ We charge Muslims to play the role that Allah has instructed them to play and to desist from abdicating their social responsibilities.

“We urge the civil society to stand up to be counted in the struggle to free Nigeria from the clutches of the tiny cabal,” he added. (NAN)