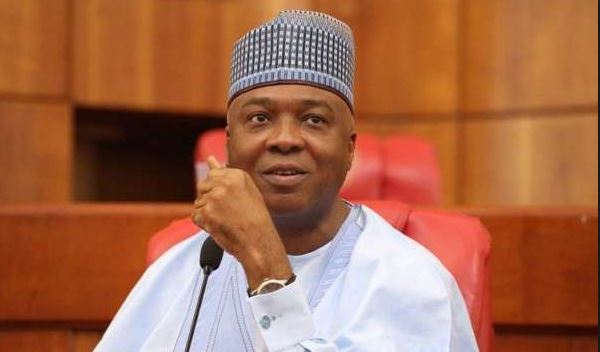 The Supreme Court on Friday discharged the Senate President, Bukola Saraki, from further trial on the allegation of non-assets declaration brought against him by the Federal Government.

Delivering the lead judgment, Justice Centus Nweze, held that the Dec.12, 2017 decision of the Court of Appeal against Saraki was based on hearsay.

The judge said the prosecution failed to present material evidence in the trial, adding that the testimonies of all the four prosecution witnesses were based on secondary information.

The judge said it was unthinkable that the lower court arrived at its decision even when it was clear that the testimonies of the witnesses were woven around the inadmissible evidence.

“Such an approach speaks ill of our jurisprudence. The truth is that courts must arrive at their verdicts through a process of reasoning which is analytical.

“The Court of Appeal was however right in its finding that all material evidence adduced by the prosecution was hearsay.

“I make bold to hold that the Court of Appeal was in grave error when in face of the absence of material evidence, held that the prosecution established prima facie case against the appellant

“Against this background, I have the duty to vacate the judgment of the lower court.

“In its place, I hold that from the testimonies of the four witnesses, the prosecution failed to enter a prima facie case against the appellant.

“I, therefore, in command and in line with Section 302 of the Administration of Criminal Justice Act, enter an order discharging the appellant accordingly.

“I restore the judgment of the trial tribunal forthwith. The cross-appeal filed by the prosecution is hereby dismissed’’, the judge held.

The judge also enjoined the prosecutorial authorities and the courts to ensure that a defendant in a criminal proceeding must be tried and convicted in accordance with due process of law.

The appeal court had earlier upturned Saraki’s acquittal by the Code of Conduct Tribunal (CCT).

The three-man panel, led by Justice Tinuade Akomolafe-Wilson unanimously ruled that the Senate President return to the CCT to face trial on three counts out of the 18 initially slammed on him.

The court dismissed the remaining 15 counts and ordered the remittance of the three back to CCT for the continuation of the trial.

Dissatisfied with the decision, Saraki approached the apex court praying it to discharge him from the remaining 3-count charge.

The CCT, chaired by Mr. Danladi Umar, discharged and acquitted Saraki on 14 July 2017 over allegations of false assets declaration.

His ground was that the prosecution failed to prove its case.

The tribunal had maintained that the evidence against the Senate President was insufficient and wishy-washy. According to Danladi, Saraki was able to discredit all the evidence adduced by the prosecution.