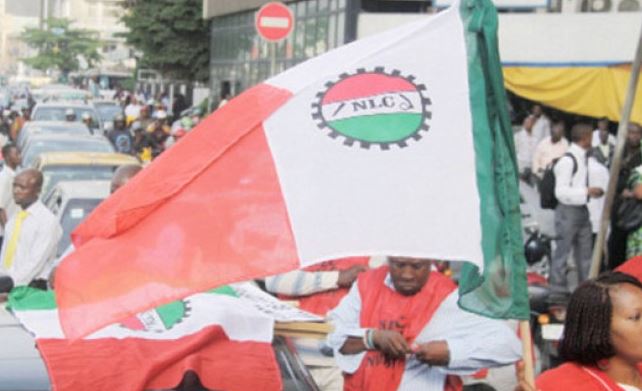 The Nigeria Labour Congress (NLC) on Monday, picketed the office of telecommunications giant, MTN in Bayelsa for allegedly engaging casual workers and denying them their privileges.

The NLC Chairman in the state, Mr. John  Ndiomu said that picketing of the organization became necessary in the face of MTN’s utter disregard for trade union rights.

He said that NLC would not fold its arms while MTN treated workers as slaves, adding that the workers’ voices must be heard.

“You may not know; the majority of the workers here in Bayelsa are casual workers. This is wrong, our brothers and sisters are suffering.

“MTN must respect human and trade union rights in Nigeria. Every worker is entitled to better working conditions.

“This is not acceptable. Our laws do not accept that and those workers need to be liberated.

‎”We need to tell them that they need to respect the laws of the country; they need to also respect our own labour laws, but most importantly, they must respect human and trade union rights.

‎”Workers have dignity, workers are not slaves and therefore, all workers must be treated with the best of attention.

‎“Injury to a worker at MTN is an injury to all Nigerian workers,” he said.

Efforts to talk to MTN officials in Bayelsa proved abortive, as those approached said they were not authorised to talk on any issue pertaining the company.

NAN reports that the picketing of MTN offices on Monday is going on simultaneously nationwide.