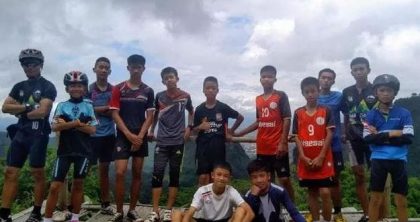 Portuguese Club Benfica has invited the 12 Thai boys and their Soccer Coach, who were rescued from a Cave in Thailand, to spend an all-expenses-paid week at its training academy.

Club President, Luis Filipe Vieira, wrote to the Thai Ambassador to Portugal to invite the boys to the camp in Seixal across the River Tagus from the capital, a club statement said on Tuesday.

The “Wild Boars”, aged between 11 and 16, and their 25-year-old coach were trapped on June 23, while exploring caves after soccer practice when a downpour flooded the tunnels.

They were rescued between Sunday and Tuesday.

“We believe this simple gesture can help these faces recover the joy and smiles that no child should ever lose,’’ Vieira said in the letter.