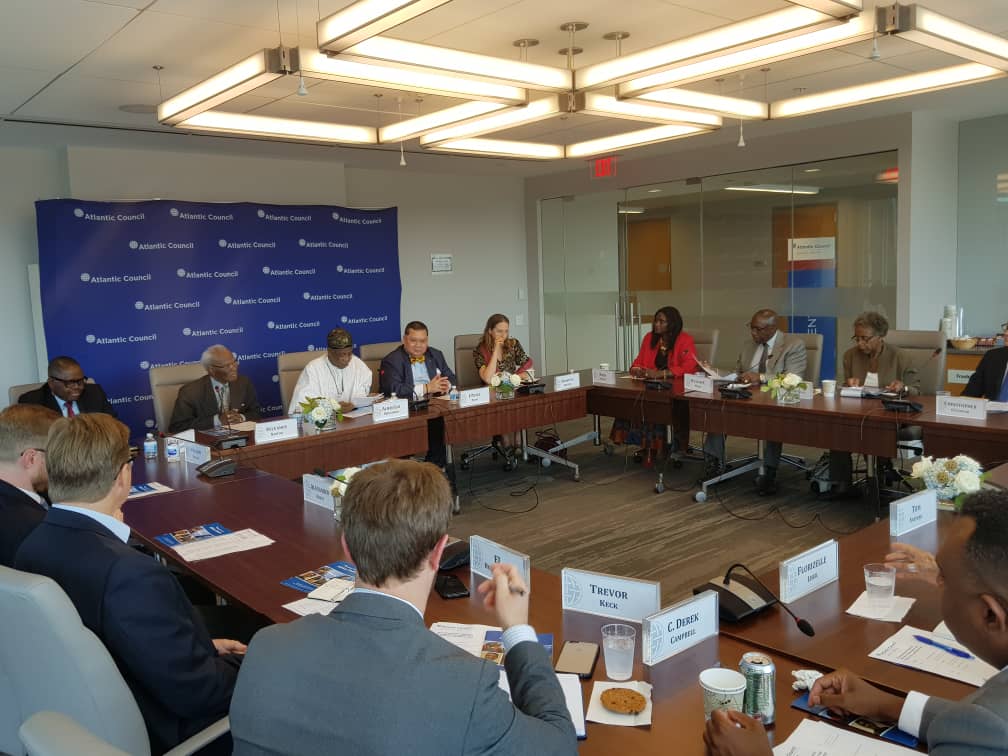 Segun Adeyemi, Abuja: The Minister of Information and Culture, Alhaji Lai Mohammed, has said the protection of human rights is a cardinal objective of the Buhari Administration, and that the violation of rights is not a government policy.

Addressing a High-Level Roundtable organized by the Atlantic Council, an American think tank on international affairs, in Washington, DC, on Thursday, the Minister said the picture of impunity and complete disregard for extant laws and international obligations painted by Amnesty International, in a recent report, is not a true reflection of the character and ethics of the Government of Nigeria or any of its agencies.

The Minister also spoke on the counter-insurgency operations, insisting that Boko Haram has been badly degraded hence it is incapable of carrying out organized massive attacks beyond using women and children to carry out suicide bombings against soft targets.

“Many have queried how we could say Nigeria is winning the battle against Boko Haram when the insurgents have continued to carry out deadly attacks. However, to understand this, it is necessary to put things in context. When President Buhari was being sworn into office 29 May 2015, 24 Local Governments making up a territory three times the size of Lebanon were firmly in the hands of Boko Haram. They hoisted their flag, collected taxes, installed their own Emirs and administered a large swath of territory. That is history now as not an inch of Nigeria’s territory is being administered or controlled by Boko Haram.

“Before the advent of this Administration, Boko Haram could carry out attacks anywhere in the North East and beyond at a time of their own choosing. They attacked the UN Complex, the police headquarters, motor parks and a military barrack in the capital city of Abuja. That is now history.” he said.

Alhaji Mohammed also told the Roundtable that the incessant farmers-herders clashes were neither religious nor ethnic in nature, as they have been portrayed in some circles.

“There is no question that this (conflict) is driven mostly by an increased contest for dwindling natural resources like land and water. This has been worsened by demographic pressure and climate change. Nigeria’s population in 1960 was 45 million, and this has ballooned to about 200 million in 2018, but the available resources have not grown at all. If anything, they have shrunk.

“As desertification continues to encroach and the Lake Chad that provided a livelihood for over 35 million in several countries shrank from 25,000 to 2,500 square kilometers, herders in particular are
forced to move south in search of grazing land and water for their cattle,” he said

The Minister said beyond the main causative factors, however, disgruntled politicians and beneficiaries of corruption, who have vested interest in undermining the Buhari Administration through any means necessary, have latched on to the conflict.

He cited two instances to buttress his assertion that the ethno-religious slant given to the clashes constitutes a false narrative.

“Also, the northern state of Zamfara is the hotbed of cattle rustling, which perhaps has claimed more lives than the farmers-herders clashes in the entire middle belt. Yet, those rustling cows are Muslim and Fulani and those whose cows are rustled are Muslim and Fulani. Therefore, to impugn ethnicity and religion into
these clashes is simplistic at best and downright mischievous at worst,” Alhaji Mohammed said.

The High-Level Roundtable, which was convened by the Africa Centre of the 57-year-old think tank, was attended by about 30 current and former senior US government officials, as well as other stakeholders in the US Policy on Africa.

The Nigerian Ambassador to the US, Ambassador Sylvanus Nsofor, led a team of the Nigerian Embassy officials to the one-day event.