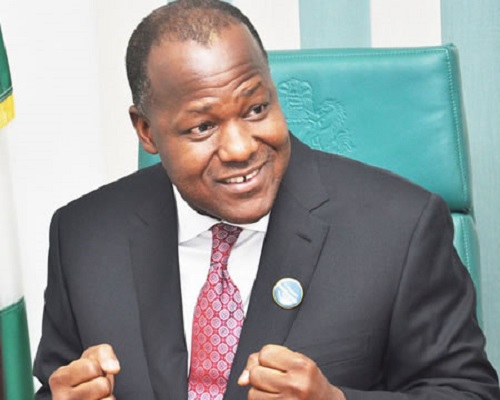 Turaki Hassan, Abuja: Speaker of the House of Representatives, Rt. Hon. Yakubu Dogara, has said maritime safety is key to economic growth, especially in light of the huge contributions made by the sector to economic development. He said this at a public hearing by the House Committee on Maritime Safety, Education and Administration on a bill seeking to establish the Maritime Security Agency.

“You will agree with me that the Maritime Sector is key to the success of the Federal Government’s Economic Recovery and Growth Plan (ERGP) that was launched in March, this year. This is because a lot of revenue needed to revamp our economy can easily leak away if our Maritime environments are not properly managed or policed. To this end, the proposed Bill seeks to establish an Agency charged with the mandate to provide maritime security and communication in our maritime region as a separate entity from NIMASA. This is to further fortify the security arrangements in the Sector.

It is pertinent to note that Nigerian Maritime Administration and Safety Agency (NIMASA) was established in 2007 following the passage of the NIMASA Act No 17 of 2007 by the National Assembly, which saddles the Agency with the Promotion of Maritime Safety and Security and, indeed, the protection of marine environment among others. In an effort to curb the menace and recurring security issues on our maritime domain, NIMASA was mandated to take up a primary role and finance a new Maritime Security Architecture project of the Federal government.”

This was also as he acknowledged efforts made by NIMASA so far, and cooperation with the Nigerian Navy.

“I have been made to realize that the Agency has stepped-up significantly the deployment of satellite surveillance Infrastructure to enable the Agency monitor shipping activities and the marine environment in real time for safety, security and administration of the maritime domain of the Nation. This package essentially exposes all illicit activities of operators while also aiding the Agency in providing the required assistance in the event of maritime distress call. It is note-worthy that the Nigerian Navy also compliments the efforts of NIMASA in ensuring that our territorial waterways are secured and free from criminal activities.”

He further stated that subjecting the bill to public discourse is necessary, especially as there are concerns about duplication and additional expenditure incurred in setting up new agencies.

“In view of these facts, it has become very imperative to subject this Bill to public discourse, considering the obvious facts that the Nation is grappling with the shrinking of the already lean resources available for delivering on core social infrastructure. This is more so, as some observers have argued that establishing another agency charged with same mandate as NIMASA and Nigerian Navy will ultimately translate to duplication of functions in an era when Government is finding ways to reduce the cost of administering our bureaucracy.”

The Speaker revealed that the House takes matters relating to the maritime sector very seriously, as five of the 154 bills so far passed by the House are targeted at strengthening the sector. The bills are; Nigeria Maritime University, Okerenkoko Bill, the National Transport Commission Bill, Coastal & Inland Shipping (Cabotage) Amendment Bill, National Inland Waterways (Amendment) Bill, and the Maritime Operations Coordinating Board (Amendment) Bill.