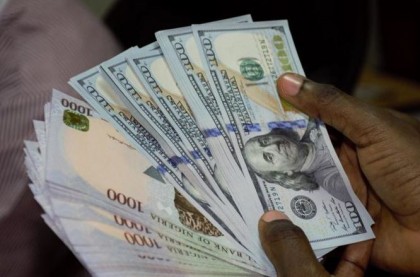 Foreign exchange black market operators are making a brisk business from Nigerian pilgrims in Madinah, since the arrival of the first batch from Kogi for this year’s Hajj in the Holy Land.

The operators, mainly Nigerians resident in Madinah, transact their businesses in secret as they approach pilgrims in their hotels in groups or individually to introduce the business deal.

The News Agency of Nigeria (NAN) reports that their mode of operation involves offering “affordable rates” to attract the pilgrims into exchanging their Basic Traveling Allowance (BTA) for the local currency, Saudi Riyals, at “cheaper rates”.

The official rates of the dollar to a Riyal is 3.75 to a dollar but the operators’ charges range from 3.78 upward.

One of the dealers, Muhammadu Kano, told NAN that the business had started booming with the arrival of some Nigerian pilgrims, adding that he had made some improvements in sales compared to previous days.

“This business is seasonal because the Hajj provides us the opportunity to render more service and make money from pilgrims too,” he said.

He said demand for Forex had increased because of pressure on the market.

“We make money from the exchange of dollars, Naira, CFA Francs and Cameroon money.”

Ahmed Rufai, another dealer, said many pilgrims experienced difficulties in accessing Forex due to congestion at the Bureau De Change offices, adding the black market operation provided an alternative platform to facilitate transactions.

Rufai, who said the operators had formed an association called Qurban Lulu, added that it had registered up to 300 members in Madinah and Makkah.

“We are offering essential Forex services to our compatriots because we know they will  go through hardships in sourcing the local currency for their survival during the Hajj.”

Rufai exchanges a dollar at 3.78 Riyals instead of 3.75 official rates while N1000 goes for eight Riyals.

“Asked if some members were not exploiting the situation to involve in malpractice, Rufai said they were conscious of the need to render transparent service “with the fear of Allah”.

He appealed to the National Hajj Commission of Nigeria (NAHCON) to recognise their business as Nigerians too, to enable them to contribute to national service.

A pilgrim who bought the riyal from the market (name withheld) said he trusted the operators because “we are in the holy land and they will not cheat us”.

A NAN correspondent who sought inquiries on what NAHCON was doing to protect pilgrims from the market forces, gathered that its Public Enlightenment Department had already sensitised pilgrims to the practice.

NAN was further told that NAHCON had always educated the pilgrims on the dangers of patronising illegal money transactions, adding that such pilgrims could fall prey to illegal activities of fraudsters

Alhaji Ahmed Maigari, the Madinah Coordinator of NAHCON, while reacting, said the business operation was illegal and unacceptable.

“We have warned all our pilgrims not to patronise black markets; we told them to always be led and guided by their officials to registered money changers for such transactions.

NAN reports that state pilgrim welfare agencies always pay their pilgrims their BTA, as a mandate, to prevent them from becoming stranded and also ensure their welfare in the Holy Land. (NAN)