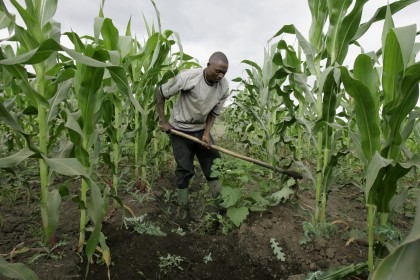 Mbaram made the assertion while speaking to the News Agency of Nigeria (NAN) on the telephone on the two-day “Feed Nigeria Summit” with the theme, “Consolidating the Growth” which would end in Abuja on Tuesday.

He said that the movie industry, as private sector players, would be driving policies and proffering solutions to address challenges in the agriculture sector.

According to him, the Nollywood had the capacity to retain attention from an entertainment perspective.

Mbaram said the annual summit, organised by AgroNigeria and supported by the African Development Bank (AfDB) was driving at using actors to mobilise people and resources for the development of agriculture.

“We have successfully caught the attention of Nollywood and they are coming into the Agric space with the mindset that they have the capacity to retain attention.

“There is going to be a merger between Afrinolly and AgroNigeria with a focus on projecting from a digital entertainment perspective, possibilities and what is good about the agriculture sector.

“We will help fix things the way we can and that we have done in the last three series of the summit,’’ he said.

He also said that the summit focused on the Home-Grown School Feeding Programme (HGSFP) because of the positive result it had achieved since it started.

Mbaram said the summit would also have young players in the agriculture space as presenters, because the summit aims to enhance the sector, adding that youths were dogged drivers of change and innovations.

NAN reports that one of the major presenters at the event was Dr. Debisi Araba, Regional Director for Africa, International Centre for Tropical Agriculture (CIAT), who spoke on “The Next Generation: Epicenter of Nigeria’s Food Security Drive’’. (NAN)