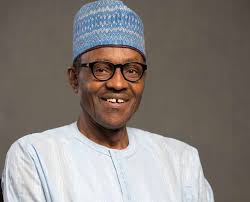 President Muhammadu Buhari is to begin a 10 working days holiday from August 3, the president’ Special Adviser on Media and Publicity, Mr Femi Adesina has disclosed on Wednesday.

He said “In compliance with Section 145 (1) of the 1999 Constitution, a letter has been transmitted to the President of the Senate, and the Speaker, House of Representatives to that effect.

Adesina said the President would be in London for the holiday.

The first time President Buhari took a break‎ from his official duties was Feb. 5 to Feb. 10, 2016.

The second time was in June 2016 when Buhari went on a trip to the UK for medical treatment.

In line with Section 145 (1) of the 1999 Constitution (as amended), the President of the Senate, and Speaker, House of Representatives, duly communicated, while away, the Vice President, Prof Yemi Osinbajo, will perform the functions of the Office of the President.(NAN)