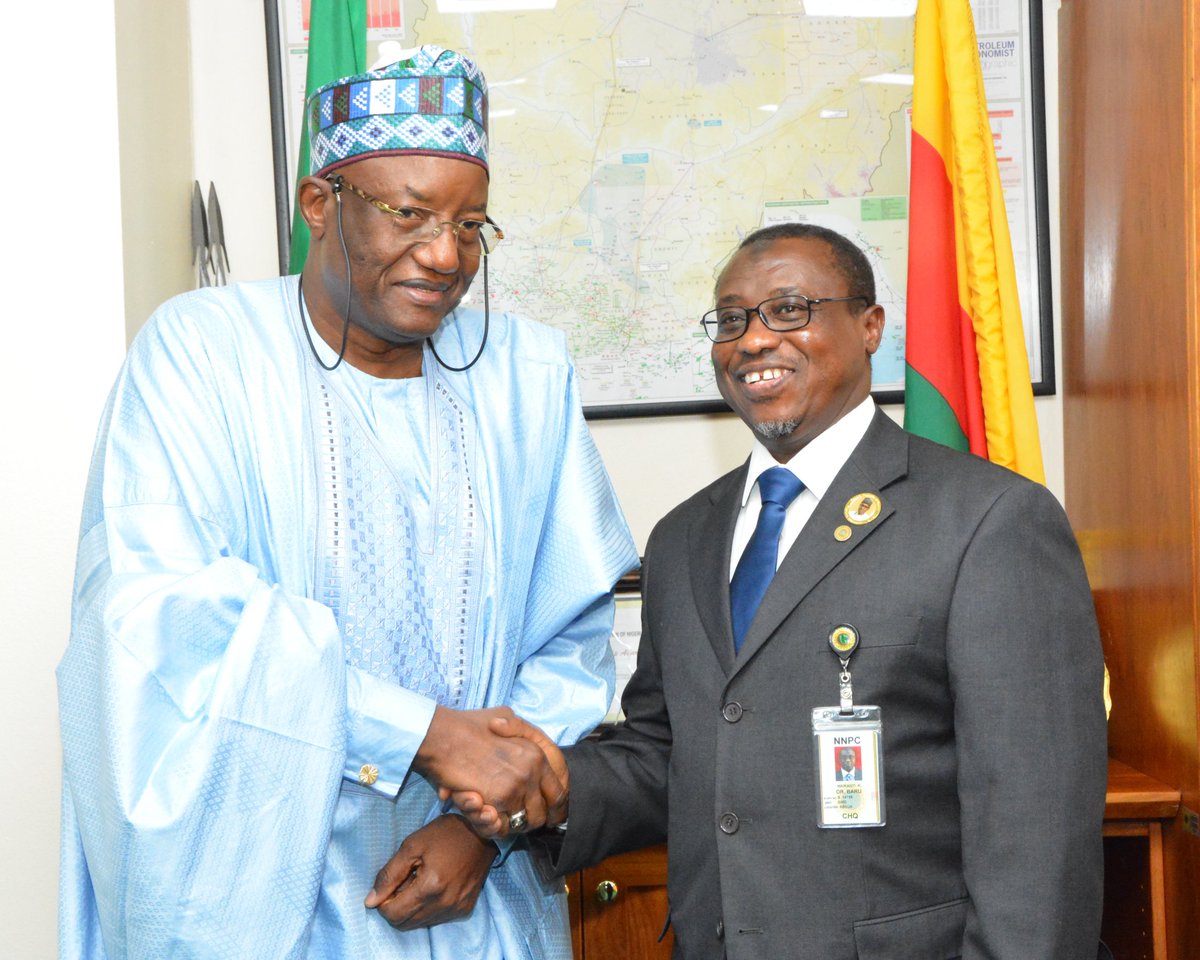 The Revenue Mobilisation Allocation and Fiscal Commission (RMAFC) has commended the Nigerian National Petroleum Corporation (NNPC) on its efforts at improving accountability and transparency.

The Acting Chairman of RMAFC, Alhaji Shettima Abba Gana, gave the commendation on Wednesday when he led the management team of the commission on a courtesy call on the Group Managing Director of NNPC, Dr. Maikanti Baru.

He said RMAFC, as a revenue monitor and auditor, was satisfied with the steps taken so far by the Dr. Baru-led management to improve accountability and transparency such as the publication of the Corporation’s Monthly Financial and Operations Report, which he described as a radical departure from the past.

Alhaji Gana stated that RMAFC would continue to regularly interface with NNPC to ensure that the Federation Account was properly funded, adding that the commission stayed away from the recent controversy over remittances because it believed that such issues could be resolved amicably through proper dialogue.

He called for the enhancement of NNPC businesses through the allocation of more oil assets to enable it operate like other national oil companies across the globe, stressing that as an entity that generates about 80 per cent of the nation’s revenue, there was need for the Federal Government to empower the Corporation to generate more revenue to take care of the nation’s growing population.

Responding, Dr. Baru, explained that NNPC, apart from being a Federal Government agency that supervises government’s investment in the oil and gas industry, was also a business enterprise and petroleum products supplier of last resort.

He said that since September 2017 when most of the major marketers stopped importation of petroleum products, NNPC, as the supplier of last resort, had been importing petroleum products into the country to guarantee energy security.

He called on RMAFC, as an independent arbiter, to use its privileged position to ensure recovery of cost borne by NNPC on behalf of the Federal Government.

In a presentation during the session, the Group General Manager, Crude Oil Marketing Division, Mr. Mele Kyari, explained the various revenue streams from oil and gas operations into the Federation Account, adding that NNPC was prudent in its management of government’s investment in the oil and gas sector.