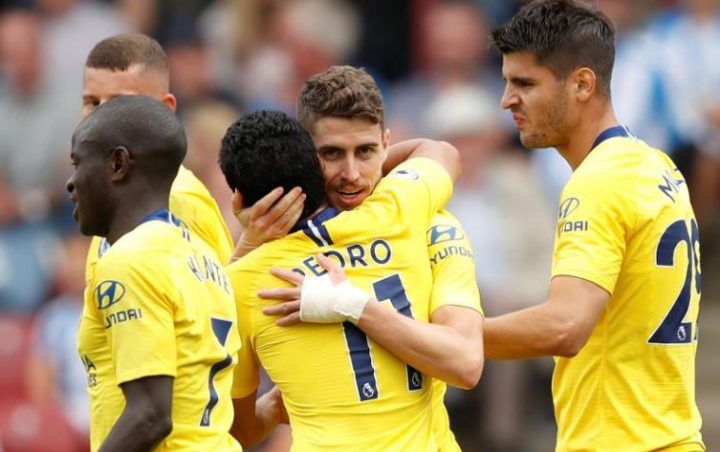 The English Premier League witnessed many goals on Saturday matches for the game week 1 of the beginning of the 2018/2019 season.

Huddersfield Town striker Steve Mounie then headed against a post before Jorginho doubled Chelsea’s lead in the last minute of the first half.

The summer signing converted a penalty after Marcos Alonso had been fouled by Christopher Schindler.

Eden Hazard came off the bench to assist Pedro in the second half, while new Chelsea goalkeeper Kepa Arrizabalaga earned a clean sheet on debut at John Smith’s Stadium.

Roberto Pereyra scored twice as Watford opened their Premier League campaign with a comfortable 2-0 victory over Brighton and Hove Albion on Saturday.

The Argentina international opened the scoring with a stunning volley, showing great composure to sweetly convert from Jose Holebas’ corner in the 35th minute.

The 27-year-old Pereyra doubled the hosts’ advantage soon after the break, driving into the box before curling a neat finish into the far corner from a tight angle.

Below are the results: