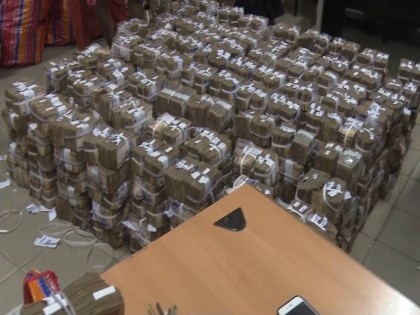 States in East African Community (EAC) have rolled over more than $651.8 million of their loan repayments to the Trade and Development Bank (TDB).

The money was meant to finance infrastructure projects.

Trade and Development Bank in Burundi, with a $4 billion asset base, had offered more than $2.62 billion in project development lending to its member countries, with $1.65 billion approved by the regional bank’s board going to the five EAC members.

Kenya took a two-year $250 million “bridging” loan from the bank last year. The repayment of $402.3 million is due by July next year.

Projects funded by the bank are usually long-term, requiring more than two years to reach technical and commercial completion before they can generate revenue.

More than $2.2 billion of Kenya’s concessional and non-concessional debt matures next year. This year, the country expects $1.8 billion of this debt to mature.

The TDB loan is now an eight-year facility that will mature in 2025, but comes with a high interest rate of 6.7 per cent above the prevailing six-month London Interbank Offer Rate.

Rwanda is expected to pay $291.9 million to the bank in the next two years.

It is understood that TDB was part financier of Rwanda’s $350 million, 80MW peat-to-power project, which is expected to increase the country’s installed electricity capacity by 40 per cent.

RwandAir was set to sign three aircraft lease agreements this year worth $300 million, guaranteed by the government, as it seeks to operate new routes across Africa and introduce longer haul connections to Europe, America and Asia.

In a letter to the managing director of the International Monetary Fund Christine Lagarde, seeking an increase in its ceiling on new external debt, Rwanda stated that in the first quarter of this year RwandAir contracted a lease for additional aircraft for the expansion of its fleet.

This breached the indicative target on the $500 million ceiling on external debt by public enterprises by $87 million.

Rwanda is now expected to turn to TDB to finance the acquisition of new aircraft.

“Although the initial plan was to acquire two aircraft next fiscal year, an opportunity arose to acquire new aircraft following the folding of a European airline company, so RwandAir management quickly engaged the lease contracts.

Going forward, leases for three additional aircraft are likely to be signed this year, including the replacement of two ageing aircraft.

Hence, the government requests an increase in the indicative limit to $800 million to accommodate these leases,” Rwanda’s Finance and Economic Planning Minister Uzziel Ndagijimana said in the letter.