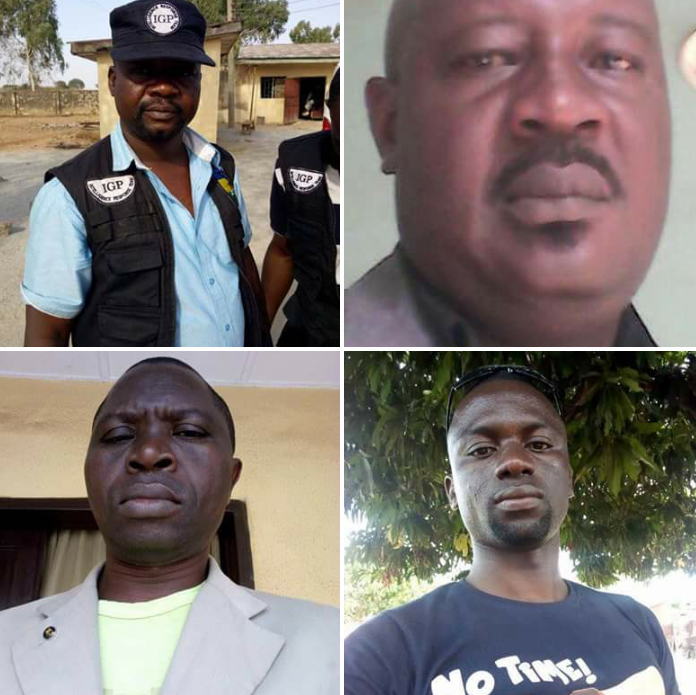 How 4 of DCP Kyari’s IRT Were Ambushed, Killed in Rigasa Forrest by Kidnappers

Abba Kyari, Abuja: Sequel to the Kidnapping of Sheikh Ahmad Adam Algarkawy in Rigasa area of Kaduna State on 2/8/18 and his subsequent release after ransom was paid.

In follow up to the case on 11/8/18 IGP’s Intelligence Response Team (IRT) operative arrested 2 Of the kidnappers in a remote settlement inside Rigasa forrest, kaduna State. As the team were coming out of the bush with the arested kidnappers, other gang members unknown to the IRT team hiding in the bush, ambushed the team and opened fire which resulted to the death of 4 IRT operatives, they are:

Six (6) of the deadly kidnappers were killed during the gun-battle in the bush. One Officer sustained bullet wound and was treated and discharged immediately, while the remaining other officers who survived the ambush are in good health condition.

Very Serious efforts in progress to get the remaining kidnappers on the run to face justice.