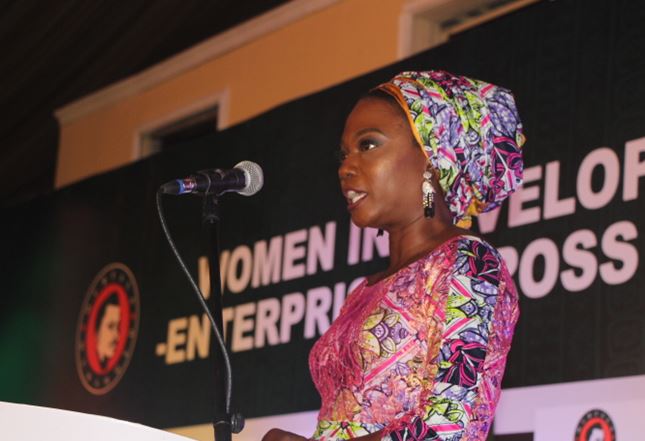 The family of the late former Head of State, Gen. Murtala Muhammed, on Monday, called on the National Assembly to enact a Victims’ Rights Law.

Mrs. Aisha Muhammed-Oyebode, daughter of the late Head of State, who made the call in Lagos, said that this would give protection to future victims of heinous crimes.

She spoke at a special prayer organised by the family to mark the 25th remembrance of the murder of the late Zakari Muhammed, son of the late Head of State.

The News Agency of Nigeria (NAN) reports that the family members, including brothers, sisters, nephews and nieces, among others, held special prayers for him simultaneously in Lagos and Abuja.

NAN recalls that Zakari, a finance graduate of the University of Canterbury in Kent, was shot dead on Aug.13, 1993 in Abuja.

He was 27 years old at the time of his gruesome murder.

“In order to give protection to future victims of such heinous crimes and as a remembrance to our brother, we want to call for the enactment of victims’ rights legislation.

“Such law will ensure that the rights of victims of all crimes are protected in criminal prosecutions,” Muhammed-Oyebode said.

She decried the manner in which the case was handled, insisting that it left the family seeking for justice.

“The case was shrouded in confusion and the way and manner it ended is an obvious injustice.

“In spite of knowing who the perpetrators were, all efforts to prosecute the matter did not pass the initial investigation and arraignment.

According to her, such law will ensure that the rights of victims of all crimes are protected in criminal prosecutions.

“All around the world, victims’ rights have been acknowledged as a basic human right.

“As far back as 1985, the United Nations adopted the Declaration of the Basic Principles of Justice for victims of crimes and abuse of power; so, it is time for Nigeria to adopt a victim-centric approach to criminal justice.

“Until such legislation is enacted, many of such crimes will continue to remain unsolved, and it will encourage unlawful killings and criminal impunity in our nation.

“In the crime of murder in particular, where the primary victim has been killed, the secondary victims must be able to have the legal support to seek justice and push the prosecution to its logical conclusion,” she further said.

Muhammed-Oyebode, however, described the late Zakari as a kind and very considerate son and brother, whose passion for the family and for his nation was unquantifiable.

“We miss his laughter too,” she added.

Muhammed-Oyebode said that the 25 years remembrance include support to his Alma Mater, King’s College, Lagos. The family donated some academic resources in his memory.