The Inspector-General of Police ( I-G), Mr. Ibrahim Idris has directed the implementation of robust security throughout the country during the Eid-el-Kabir celebration. 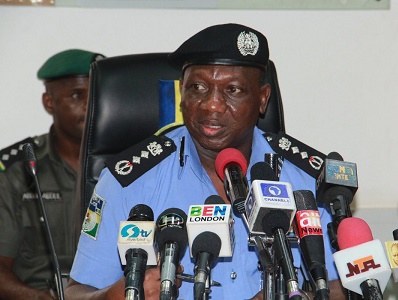 A statement by the Force Spokesman, acting DCP Jimoh Moshood on Sunday in Abuja, said the arrangement is aimed at ensuring a hitch-free celebration.

Moshood said that Assistant Inspectors-General of Police and Commissioners of Police in zonal and State Commands nationwide would be on ground to beef up security at Eid praying grounds.

The spokesman said that the deployment of additional personnel and crime prevention and detection equipment would be carried out to cover identified and perceived criminal black spots and flash points.

“The ongoing raid operations and removal of suspected criminals will continue throughout the Sallah period and beyond,” he said.

He said that the deployment would also cover recreation centres, public places and critical infrastructure and public utilities.

Moshood said that Federal Highway Patrol Teams, the Safer Highway Patrol Units, and Anti-Crime Patrols have been deployed along Highways and major roads throughout the country to provide security for commuters.

“They are under strict instructions to be civil, polite, compassionate and firm in carry out their duties.

“Intense surveillance/Intelligence gathering will be maintained, special deployment and stop and search duties will be in place at all flash/vulnerable points in every state of the Country,” he said.

He enjoined members of the public, especially travelers and other roads users to cooperate with the police personnel deployed on the Highways and other duty posts.

“The I-G wishes the Muslims faithful and other Nigerians happy Eid-el-Kabir celebration,” he said.

He enjoined them to be security conscious, vigilant and report any untoward incident or happening observed in their locality to the nearest Police station. (NAN)