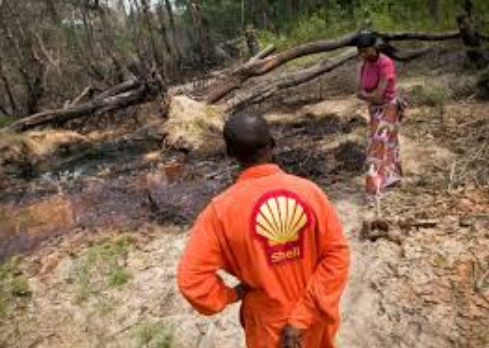 The Joint Task Force (JTF) in the Niger Delta and oil major, Shell on Monday denied allegations of coercing the leadership of Aghoro 1 community in Bayelsa to sign a disputed report on oil spillage.

A disagreement in the areas impacted by an oil leak on the Trans Ramos Pipeline within Shell’s oilfield at Aghoro communities in Bayelsa has stalled the release of a Joint Investigation Visit (JIV) report of the oil spill.

Community leaders, who participated in the JIV to determine the cause of the spill reportedly refused to sign the report.

The refusal was attributed to wide disparity between the impacted areas claimed by Shell and the community.

Mr Victor Akamu, Chairman of the Community Development Committee of Aghoro 1, had alleged that Shell connived with the JTF to force and intimidation, to compel the community to sign the report.

Akamu told News Agency of Nigeria (NAN) on Monday in Yenagoa that JTF summoned the community’s leadership to Yenagoa on Aug. 23 to force them to sign the JIV report but that the leaders refused to sign.

He said the team from Aghoro were labelled pipeline vandals and were profiled into the database of the JTF.

“We were taken to a room where detailed profiles of all of us were taken, including our finger prints, biometric details and our photographs.

“We were temporarily held down for almost three hours profiling before we were eventually told to go.

“I wanted to ask if it is part of JTF’s job to force a community to sign a JIV report.

“Shell should stop using JTF to intimidate our community. For the past 20 years, there is no history of pipeline vandalism.

“This leak was due to a ruptured pipeline, due to corrosion yet they call us vandals, it is unacceptable,” Akamu said.

However, reacting to the allegation of intimidation, Mr Bamidele Odugbesan, Media Relations Manager of Shell, denied use of force to compel the company’s host communities to sign the JIV report.

“Yes, there are issues with the JIV report. The representative of Aghoro 1 community did not agree with a portion of the JIV report but we have not used force.

Similarly, the Commander of the JTF, Rear Adm. Apochi Suleiman, dismissed the allegations of intimidation made by Aghoro community.

He said that the military waded into the crisis to encourage both parties to adopt dialogue to resolve their differences to avert breach of peace.

“We conduct our duties in compliance with our rules of engagement. We invited the parties to mediate and encourage them to dialogue and use the established channels of resolving conflicts.

“I told them to resolve their differences on the negotiating table so that the operation is not disrupted. Our mandate is to safeguard oil facilities and we do not want the disagreement to degenerate further.

“We got reports that some persons were disrupting ongoing repairs of the ruptured pipelines and that was why some people were profiled.

“I was emphatic that we cannot tolerate anyone taking the law into his hands,” Suleiman said.

NAN investigations showed that the leak, which occurred on May 17 this year, discharged about 1,114 barrels of crude oil into the environment and polluted the Ramos River and farmlands.

The draft JIV report said the 1,114 barrels of crude impacted a total land area of 113.3 hectares in Aghoro 1 but the community claimed that the impacted area was 1825 hectares.