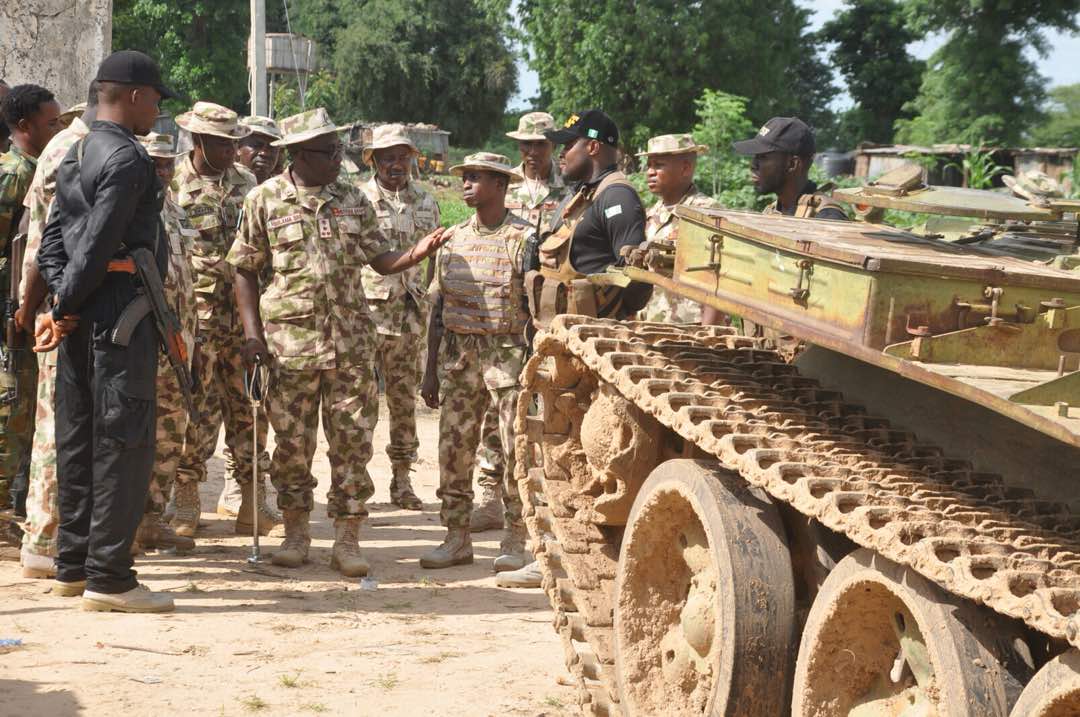 Texas Chukwu, Abuja: Troops of Operation LAFIYA DOLE deployed in Delwa Borno State, have been applauded for their state of combat readiness in the fight against terrorism.

He applauded the unit combat preparedness after inspecting the Company’s location and urged the troops to make effective use of the arsenal at their disposal to inflict maximum causality on the insurgents.

He also urged the troops to be mutually supportive and compliment each other’s effort while trying to achieve their collective goal.

Earlier on arrival, the Acting GOC was received by the Officer Commanding Echo Company Captain Shammah Chong, who conducted him and his entourage around the location.