Why We Closed Obasanjo’s Farms – Official 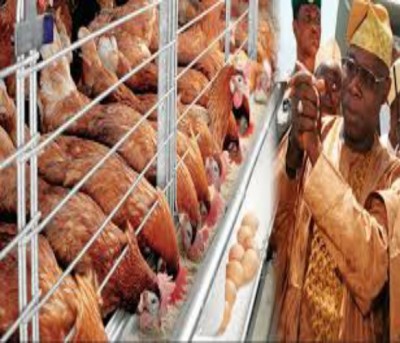 The Chairman, Oyo State Board of Internal Revenue, Mr Bicci Alli, has said the closure of Obasanjo farms in Ibadan was not politically motivated as being speculated in some quarters

The board chairman said this in Ibadan on Thursday to newsmen while reacting to the closure of the business of the former President Chief Olusegun Obasanjo in Ibadan.

“Our process and procedures are not driven by political consideration, we work for the state government and the intention is to bring in revenue following the due process.

“We have been doing some exercises in the last two days, unfortunately, people are trying to read political meanings to our action; we never did that because of politics.

“We went to enforce and restrain the activities in Obasanjo farms in Ibadan because the organisation did not pay what it was supposed to pay as tax.

“I am glad to tell you that they have come back to pay what they are supposed to and their business premises has since been reopened,” he said.

Alli, however, urged Nigerians to separate statutory duties and functions from politics.

He noted that payment of taxes is a statutory and moral duty; which is the civic responsibility of all citizens.

“There is no relationship between tax payment and politics as far as we are concerned and we do the needful whoever is involved we make sure they pay,” he said. (NAN)