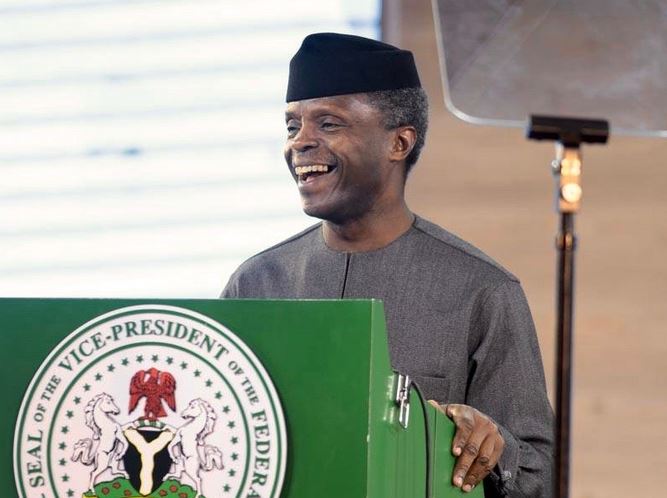 HIYA Nigeria Project Convener, Oluwadamilola Oni, who briefed newsmen on Friday in Abuja, said that Osinbajo would speak pidgin English on the programme.

She said the project, a grassroots senistisation and capacity building programme, would start its first segment broadcast in Pidgin English, Yoruba, Hausa and Igbo from Oct. 8 to Dec. 27.

According to her, the programme seeks to educate and awaken Nigerians to ownership, unity, and in-depth knowledge their languages, culture, history and national values.

“Our first guest is the vice president; he will come and speak Pidgin English live on air at 6 p.m.

“He will also play the puzzle game – how much he knows Nigeria?

“The vice president will be speaking on the topic,`The Road Way to Independence’; he will speak on what the independence used to be and what it is now.

“The general genre of the programme is a talk show; a live phone-in television programme in Hausa, Igbo, Yoruba and all Nigerian language (Pidgin English),’’ she said.

She said plans were also under way to bring President Muhammadu Buhari to the second segment of the programme in January 2019, to speak Fulani language.

According to Oni, the target audience is non-English speaking citizens at the grassroots.

She said that the programme would re-orientate Nigerians on proper use of national symbols which include but not limited to the constitution, national anthem, coat of arms, national flag, national identity card, and national currency, among others.

Oni said that the anchors of the programme would be a cross section of youths.

HIYA Nigeria is being coordinated in partnership with the National Orientation Agency (NOA).