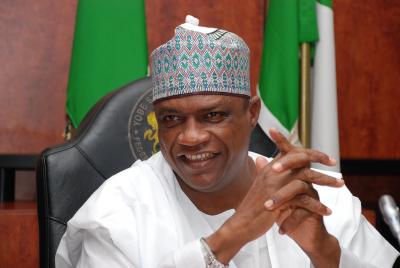 The Yobe Government says it has successfully reconstructed the Nguru-Machina road which had been neglected since 1979.
The Chairman, Machina Local Government Area (LGA), Mr Idrisa Bukar disclosed this in an exclusive interview with News Agency of Nigeria (NAN) on Saturday in Machina.

“This administration under the leadership of Gov. Ibrahim Gaidam has succeeded in reconstructing the 50 kilometre Nguru-Machina road which has been neglected for decades.

“The road which had been dilapidated since my childhood has now provided easy accessibility to and from other parts of the state,” he said.
He added that, such development assisted in busting the LGA’s Internally Generated Revenue (IGR).

On a different note, the chairman pleaded for state government’s immediate intervention in education especially at the primary schools level.
He said there was shortage of primary school teachers in the LGA, which could affect the potentials of the children.
On his part, the Emir of Machina, Alhaji Bashir Machinama, prayed that the incoming government would continue the developmental projects being carried out by the present administration. (NAN)