Reactions Continue to Trail in The Wake of Pipe Explosives to Obama, Clinton 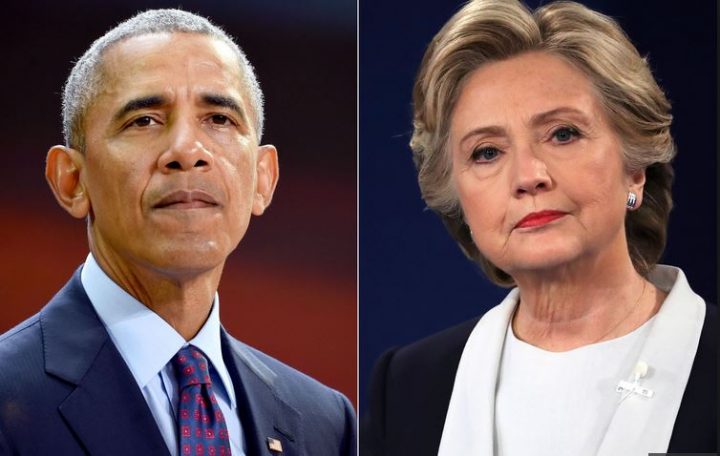 Reactions and condemnations have continued to trail the mailing of pipe bombs to former U.S. President Barack Obama, former First Lady Hillary Clinton, and a host of other political leaders in the U.S.

The series of explosive devices were mailed to Democratic current and former political leaders as well as the CNN’s New York bureau, including the home of philanthropist George Soros.

The Federal Bureau of Investigation said the suspicious packages were received at multiple locations in the New York, Washington, D.C., areas and Florida.

President Donald Trump had tweeted: “The safety of the American People is my highest priority. I have just concluded a briefing with the FBI, Department of Justice, Department of Homeland Security, and the U.S. Secret Service…”

Earlier, while condemning the incident, Trump said “acts or threats of political violence of any kind have no place in the United States of America”.

Trump said: “The full weight of our government is being deployed to conduct this investigation and bring those responsible for these despicable acts to justice.

“This egregious conduct is abhorrent to everything we hold dear and sacred as Americans. We will spare no resources or expense in this effort”.

First Lady Melania Trump also condemned the incident saying “we cannot tolerate those cowardly attacks and I strongly condemn all who choose violence”.

In her reaction, Mrs Clinton said: “We are fine, thanks to the men and women of the Secret Service who intercepted the package addressed to us long before it made its way to our home.

“It is a troubling time isn’t it? And it’s a time of deep divisions and we have to do everything we can to bring our country together”.

Zucker said: “There is a total and complete lack of understanding at the White House about the seriousness of their continued attacks on the media.

“The President, and especially the White House Press Secretary, should understand their words matter. Thus far, they have shown no comprehension of that”.

“We all take an oath to support and defend the constitution and protect the American people, and that is our first responsibility.

“However, President Trump’s words ring hollow until he reverses his statements that condone acts of violence,” they said.