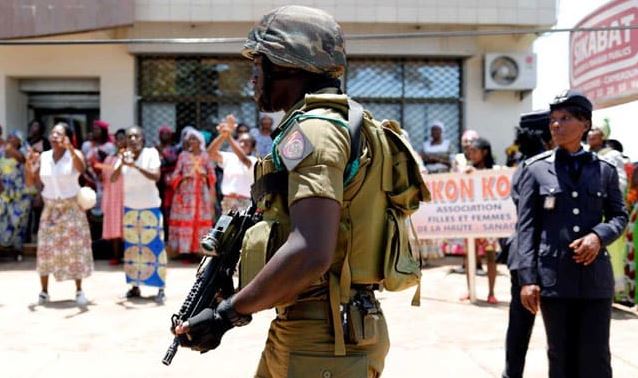 Armed men on Wednesday released 78 children and a driver kidnapped in west Cameroon but a principal and one teacher are still being held , a priest conducting negotiations said.

The group was abducted in Bamenda, a commercial hub of Cameroon’s restive English-speaking region, on Monday.

“Praise God 78 children and the driver have been released. The principal and one teacher are still with the kidnappers. Let us keep praying,” Samuel Fonki, a minister of the Presbyterian Church in Cameroon, said.

He had earlier put the number of children taken at 79, but later said one of their number was in fact a teacher, who remained with the kidnappers.

Fonki and the Cameroonian military have accused anglophone separatists of carrying out the kidnappings, but a separatist spokesman denied involvement.

In an inauguration speech following in October’s election to extend his 36-year rule, President Paul Biya told the separatists to lay down their arms or face the full force of the law, offering no concessions to them.

Anglophone secessionists have imposed curfews and closed schools as part of their protest against Biya’s French-speaking government and its perceived marginalisation of the English-speaking minority, although they had never kidnapped children before.