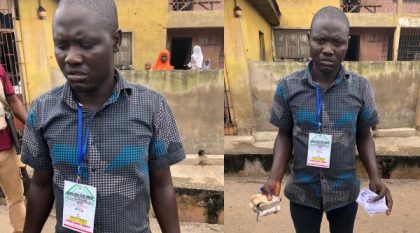 The Africa Electoral Integrity Initiative (AE2i), a Non-Governmental Organisation (NGO) has called for stiffer sanctions and diligent prosecution of those involved in vote buying and selling in the build-up to the 2019 general elections.

Dr Daniel Omofoman, Convener and Regional Director of AE2i made the call in an interview with the News Agency of Nigeria (NAN) on Monday in Abuja.

He decried the new trend of “open vote buying” in Nigeria, which he said was fast becoming a cankerworm capable of derailing the 2019 general elections.

“We believe the issue of vote buying is becoming a virus and cankerworm in the Nigerian system and we must not forget that it a criminal offense.

“So we need stiffer sanctions and prosecution of all those involved in this nefarious activity so as to serve as a deterrent and grow our democracy in line with international best practice,” he said.

Omofoman said that aside from prosecution, a lot of sensitization and advocacy needed to be carried out, especially in the grassroots to dissuade the electorate from selling their votes.

In this regard, he said that the AE2i as an NGO of Africans in Diaspora with expertise in election administration was working with relevant stakeholders in Nigeria and the international community to ensure credible 2019 elections in Nigeria.

“As part of efforts to ensure credible elections in Nigeria in 2019, we will be organizing a National Conference on Electoral Integrity in Abuja on December 6.

“The conference will sensitize stakeholders on the need to sustain the integrity of the 2019 general elections and restoring voter confidence in the system,” he said.

According to him, the NGO will be collaborating with key stakeholders like the Independent National Electoral Commission (INEC), Inter-party Advisory Council (IPAC), security agencies, NGOs and the media to achieve the feat.

Omofoman noted that the NGO had worked on similar projects in other African countries in the build-up to their elections with significant success.

He expressed optimism that Nigeria would get it right with all hands on deck.  (NAN)