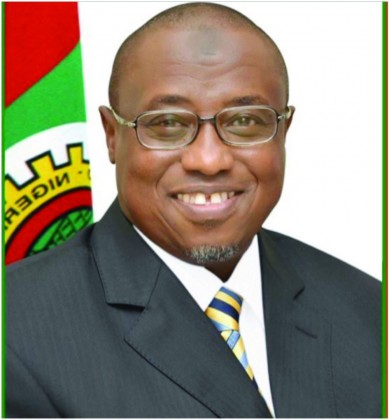 The Nigerian National Petroleum Corporation (NNPC) says the award of oil infrastructure surveillance contract to Ocean Marine Solutions for the protection of the 87-kilometre Trans Forcados Pipeline (TFP) was to curb losses on the pipeline.

The corporation disclosed this in a statement signed by Mr Ndu Ughamadu, its Group General Manager, Group Public Affairs Division on Tuesday in Abuja.

“The decision to assign the TFP surveillance package to Ocean Marine Solutions was reached after consideration of huge losses on TFP and rigorous appraisal of the company’s impressive record of performance on the Bonny-Port Harcourt and Warri-Escravos crude evacuation lines,” he said.

Ughamadu said that the new contract which required the contractor to pay for any damage to any inch of pipeline under its watch, offered immeasurable benefits to the NNPC, its Joint Venture partners, the host communities and the entire Federation.

He said that the stakeholders were in agreement with TFP contract to the indigenous company which today accounted for daily production throughput of over 250,000 barrels of crude oil.

“In 2018, we lost over 60 days of production due to incessant breaches on the TFP despite having a security contract in place.

”In terms of production numbers, this translates to over 11 million barrels of crude oil which on face value equates to over 800million dollars in lost revenue to all the stakeholders in the matrix which includes: NNPC, its Joint Venture partners and the Nigerian Federation,’’ he added.

According to him, no responsible business entity or government will allow this level of haemorrhage to subsist without acting swiftly to protect the enterprise from further bleeding.

Ughamadu noted that the corporation based on the above scenario, assigned Ocean Marine Solution to handle the TFP under the proof of concept arrangement which is yielding great results in the Bonny-Port Harcourt and Escravos-Warri crude evacuation lines.

“Under this package, the surveillance company is obligated to protect the lines and bear the cost of repairs if and when there is any breach to the pipeline.

”This arrangement is totally different from the old order where the contractor gets paid for surveillance duties and totally exempted from repair cost or any form of responsibility in the event of any line break or breach to the pipeline he is paid to watch,” he said.

“In 2018, after we lost over 60 days of production, under the old contract, the NNPC and its stakeholders spent over 32mmillion dollars on repairs, protection of the TFP and clean-up.

“This is a verifiable fact which makes the new deal not only better but far more rewarding to all stakeholders,’’ Ughamadu said.

He also dismissed mounting insinuations that the entry of OMS into the TFP would spell doom for host community youths on the pipeline right-of-way currently rendering sundry services to the old service provider.

Ughamadu argued that the issue of TFP security is purely a matter of criminality which the host communities along the pipeline corridor are totally against.

“We want to state for the umpteenth time that based on our community engagement model for asset protection, OMS is obligated to engage youths in the TFP right-of-way in executing its mandate thus reports of imminent loss of jobs by host community youths are totally incorrect and mischievous,” he said.

Ughamadu further noted that community participation model is already in practice on Escravos-Warri and Bonny-Port Harcourt lines and these host communities had absolutely no issues with the Corporation or the pipeline surveillance service provider.

He said that the employment opportunities for youths in the area would be bolstered by the assured all-year availability of the TFP under the new proof of concept agreement.

On the allegation of non-adherence to due process in the offer of the surveillance deal, he explained that all Federal Government-approved procurement processes and procedures in the award of highly sensitive national security contract were followed to the letter.

Ughamadu added that the same steps and procedures that were followed in the award of all pipeline security contracts including the award of the TFP surveillance contract to the old contractor were adhered to.

He gave the assurance that as an entity entrusted by the Government to oversee the Nation’s vast hydrocarbon resources for the good of all stakeholders, it cannot in good conscience allow extraneous considerations to sway its judgment on a straight forward commercial undertaking like the TFP surveillance project.

“The NNPC and its stakeholders will continue to do everything legally possible to recover our pipelines, cut our losses, reduce downtime, improve crude production and by extension increase inflow of revenue to all the tiers of the Federation in line with our mandate,” he said.(NAN)