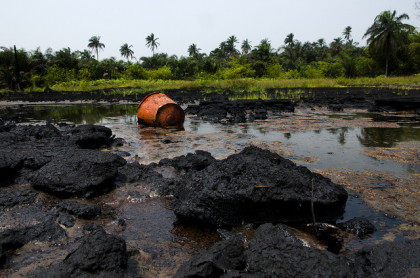 Suanu made the call in an interview with the News Agency of Nigeria (NAN) on Thursday in Port Harcourt.

The paramount ruler, however, commended the present administration for having the political will to launch the Ogoni clean-up recently.

According to him, this has unveiled continued government commitment to the project since the launch.

He, therefore, urged the Federal Government to do the needful by contracting the project as well as monitoring its funding and disbursements to achieve success in the exercise.

He said that so far, the amount of money released to the Hydrocarbon Pollution Remediation Project (HYPREP) board and the ingenuity of companies shortlisted for the exercise showed some insincerity in its implementation.

“I heard that monies have been released to the HYPREP board, we were also told that 20 companies have already been shortlisted for the clean-up and as I speak these companies are yet to be seen on site.

“Though, I have my reservation about some of the companies shortlisted because I don’t think most of them even applied officially for the contract.

“Basically, I think there is a form of political situation going on at the seat of power.

“People just award contracts, my fear is that most of these companies that have been awarded the clean-up contracts may end up subletting them and that is not going to be very good for the exercise.

“For me, I think that the Federal Government is not yet keen at addressing Ogoni clean-up, whenever they are ready to achieve success in that regard, we will know,’’ he said.

Suanu said that apart from an indigenous company known as Geo-Services Company among the shortlisted contractors’ others had remained secretive in their operations.

“For now, I’ve not actually seen any of the companies being mobilized on site but I know from the report available to me, there may be one indigenous company, Geo-Services among them.

“Others are unpopular companies that my instinct tells me may not have the technical know-how to deliver on the clean-up project.

“Apart from a company like Geo-Services whose directorate and operations are known in this region others are new to me,” he said.     (NAN)