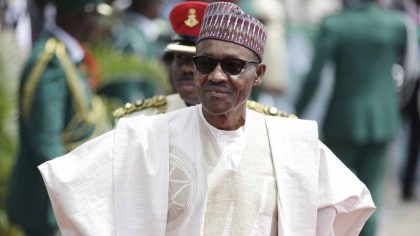 “Babangida’s mentioning of areas of positive performance and rating Buhari’s administration very high has vindicated disciples of President Buhari on his laudable achievements since assumption of office in May 2015,’’ Okechukwu said told newsmen on Sunday in Enugu.

The VON boss was reacting to IBB’s surprise birthday gift statement on Dec. 15, to Buhari on his 76th birthday.

Babangida noted that Buhari had been “an excellent role model to many young aspiring politicians and even to the not-so-young, because of the way and manner he has managed to sustain the survival of our country as an indivisible nation albeit in the face of many daunting diversions.”

“You (President Buhari) achieved great success in the fight against corruption, terrorism and other forms of insecurity, in addition to getting our country out of economic recession.

“I wish to congratulate you for all the achievements you have recorded in your lifetime and particularly for your humility, deep sense of honesty and faith you have shown in the various aspects of governance, politics and democracy as our President.’’

Okechukwu is an ardent supporter of President Buhari.

He said Buhari’s supporters were in league with IBB that the current administration had achieved tremendous success in the war against corruption, terrorism and other forms of insurgency, as well as bringing the country out of economic recession.

He also noted that Buhari had embarked on massive development of critical infrastructure and revolution in the agriculture sector towards self-sufficiency in food production in Nigeria.

According to him, though the majority of the South-East did not vote for Buhari in 2015, his administration had invested massively in the Niger Bridge and other federal roads, which previous administration’s employed as a political gimmick.

“Let me join Gen. Ibrahim Babangida and indeed Nigerians to congratulate our dear President Muhammadu Buhari on his glorious 76 years on earth.

“Most importantly, one sincerely salutes IBB for vindicating us, the Buhari disciples.

“One is in league with IBB’s high rating of a man of uncommon integrity, especially on the truism President Buhari had performed very well in the face many challenges.

“To me, IBB has echoed the position of the greatest number of our people that Mr. President shares the same trait with former American President, Dwight D. Eisenhower  –  Gently in Manners and Strongly in Deed.

“To Buhari’s credit is that he has gently embarked on massive critical infrastructure development of 5,000 kilometers of Federal roads; 5,000 kilometers of Standard Gauge Rail Lines, additional 5,000 megawatts of electricity and self-sufficiency in food production,” he said.

Asked when and how he met Buhari, Okechukwu said that it was Chuba Okadigbo who incidentally shared the same birthday with Mr President, who more or less led us to an association we then labeled The Buhari Organisation.