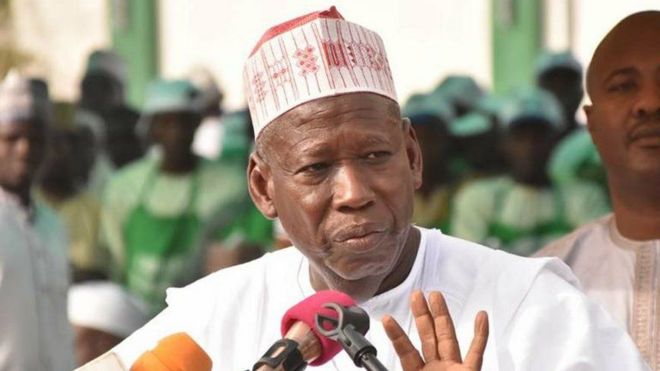 The Kano State Ministry of Budget and Planning says each ward in the state will benefit from a N10 million project fund in 2019.

Jafar, who was represented by the Permanent Secretary in the ministry, Alhaji Ali Sani, said a total of N2.4 billion was proposed by the Ministry in the budget estimate.

She explained that Gov. Abdullahi Ganduje of Kano has also set aside additional N4 billion for the project and ordered the ministry to find out the priority needs of the wards.

In a related development, the Commissioner for Justice, Alhaji Ibrahim Mukhtar said that N156 million was proposed for the Ministry in the 2019 budget.

According to him, the ministry has employed additional 25 Counsels to make them 140 for effective administration of justice in the state.

He added that a ‘’Non-Custodian Law’’ has been established to assist in decongesting the prisons in the state.

Mukhtar explained that the law would reduce the high number of cases involving minors that leads them to being imprisoned. (NAN)