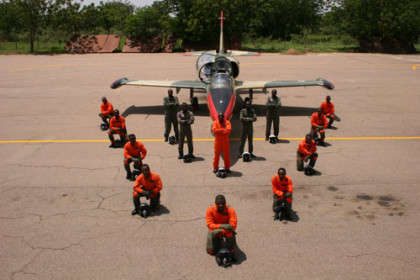 The Chief of Air Staff, Air Marshall Sadiqque Abubakar has said that a Quick Response Unit of the air force would soon be established in Sokoto to support Operation Diramikiya across the northwestern zone.

Abubakar made the disclosure when he visited Zamfara Acting Governor of the state, Alhaji Sanusi Rikiji, at the Government House on Wednesday in Gusau.

He said he was in the state to access the situation of the men and officers of the Force in the troubled areas, to ensure lasting peace.

The chief of air staff commended the state government and the residents for the support given to the security agencies in the fight against insurgency, especially on intelligence gathering.

Abubakar urged them to do more said intelligence report remains a critical means of winning war.

Rikiji, who is also the Speaker of the State House of Assembly, lauded Abubakar for the visit, saying that it showed the concern of the Federal Government to the problem bordering the state.

He assured that the state government would continue to support in all ways to see the success of the operation. (NAN)