Mr Ayuba Aloson, a relative to one of the abducted Chibok girls on Friday lauded the Nigerian Army’s effort over the rescue of Salomi Pogu, the 15th in the list of the abducted girls. 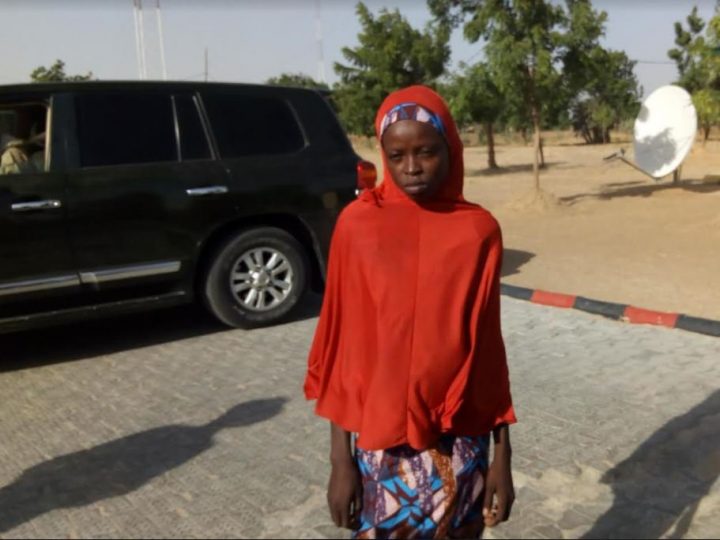 The NAN reports that troops of Operation Lafiya Dole on Thursday rescued Pogu in company of one other girl, Jamila Adams, at Pulka in Gwoza Local Government Area of Borno.

The 219 girls were abducted by Boko Haram insurgents at Government Secondary School, Chibok in 2014.

Aloson, who is among thousands of displaced persons taking shelter in Maiduguri host community, commended the military over their commitment to rescue the abducted girls.

He expressed joy over the development, and hoped that the remaining abducted girls would soon be rescued from captivity.

Alonson said that he is a family member of the rescued girl, adding that four of his nieces abducted in the school were still held by the insurgents.

“I am happy over the development; our abducted daughters are still with their captors.

“This demonstrates the commitments of the military to the rescue of the girls,” he said.

Meanwhile, the Bring Back Our Girls movement had also lauded the efforts of the military in the rescue of Pogu.

The spokesman of the group, Sesugh Akume, said in a statement issued in Maiduguri that the rescued girl was serial number 15, in the list of abducted 219 school girls.

“Our movement is delighted to confirm this news to be true.

“Salomi Pogu; is a daughter of Malam Pogu Yahi from Kaumutahyahi, a village in Kuburmbula ward of Chibok Local Government Area. Her parents are currently at an Internally Displaced Persons (IDPs) camp in Rumirgo village, near Askira-Uba in Borno.

“She is number 15 on the list of missing Chibok girls. This brings the number of our missing girls to 112”.

Akume said that the group was yet to ascertain further details on Jamila Adams and her baby.

Pogu’s rescue brought the number of girls that were freed from insurgents’ captivity to 107.