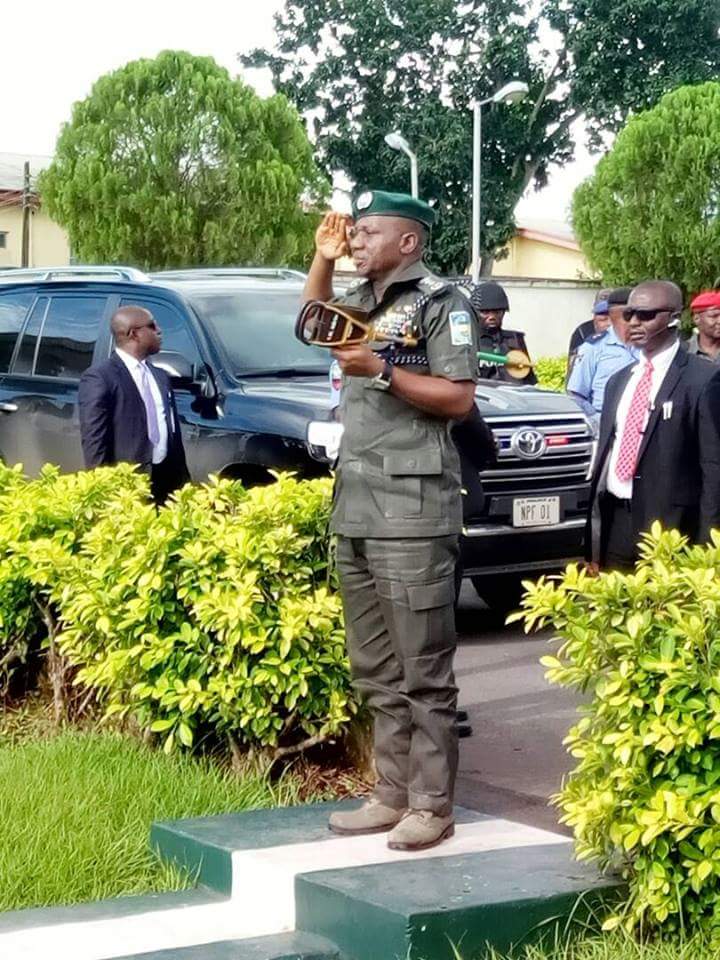 ABUJA: Following the recent unfortunate killings of innocent people in Guma and Logo Local Government Areas in Benue State and the intervention, and ongoing efforts of the Nigeria Police Force to restore peace in the State, the President and commander in Chief of Armed Forces, Federal Republic of Nigeria, His Excellency President Muhammadu Buhari GCFR has ordered few hours ago, that the Inspector General of Police moves immediately to Benue State to restore law and order, prevent further loss of lives and forestall the crisis from escalating and spreading in the State.

In compliance with the Presidential directives, the IGP is moving into Benue state with additional Five (5) Units of Police Mobile Force (PMF) making a total of Ten (10) Units of PMF deployed in the State which is in addition to other Police formations on the ground in the State before the crisis. More Units of the Police Special Forces, Counter Terrorism Units, and Conventional Policemen are already being deployed to the State as at this time today to comply in totality with the Presidential order.

The Aerial Surveillance by Police Helicopters will continue, while the Police Mobile Force Personnel, Police Special Forces and conventional Police Personnel, the Counter Terrorism Unit (CTU), Police Explosive Ordinance Department (EOD) and Special Police Joint Intelligence and Investigation Teams already deployed to Benue State will carry on un-relentlessly with the patrols and crime prevention activities in the affected areas to sustain the normalcy that have been restored in the State.

The Force will not hesitate to deal decisively with trouble maker(s), any group(s) or individual for conduct likely to instigate the escalation of the crisis. The full weight of the law will be applied on anyone arrested for being responsible for the mayhem in the affected areas in the State.

The commitment of the Nigeria Police Force to ensure Law and order and protection of lives and property of all Nigerians throughout the Country remains unequivocal and unwavering.