FCT Residents Should Not Panic Over Troops – Army 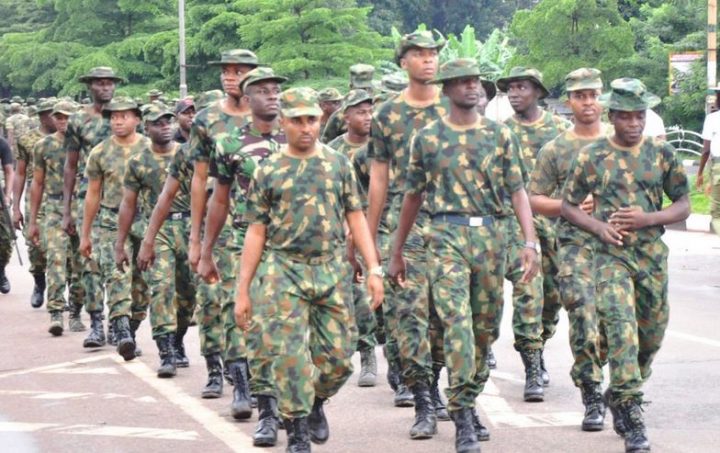 The Nigerian Army Headquarters Garrison has urged residents of the FCT and its environs not to panic over troops’ movement on Friday as its troops embark on a 15km Route March within the territory.

Maj. Salisu Mustapha, the Acting Deputy Director, Public Relations of the Garrison, in statement on Thursday said the exercise was a “Physical Proficiency Test’’ that would take place between 6 a.m. and 8 a.m.

“The exercise which is mandatory for all personnel of the Nigerian Army serving in FCT is aimed at testing the physical fitness and endurance of troops,’’ Mustapha said.

According to him, the route for the exercise is Mogadishu Cantonment parade ground through Aguiyi Ironsi Cantonment, Niger barracks, Mambilla barracks and back to the cantonment.

He, therefore, urged the public to continue with their normal legitimate activities during the exercise.

The Military route march is carried out from time to time to test or determine the fitness level of the troops as well as endurance level.