EPL: Conte Under Pressure as Watford Stun Chelsea Late in The Game 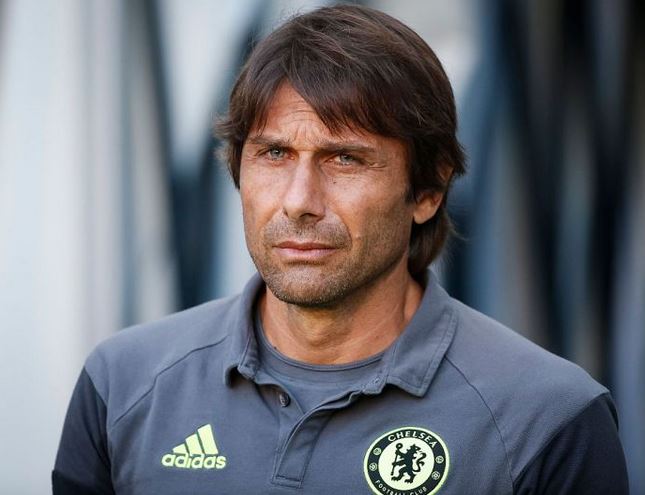 The Blues played an hour with 10 men after Tiemoue Bakayoko’s red card capped off a dreadful individual 30-minute performance — in which he gifted Watford four chances.

The Hornets — who had only won one of their previous 12 English Premier League games — led controversially as Gerard Deulofeu went down easily under goalkeeper Thibaut Courtois’ challenge.

Troy Deeney went on to score the penalty kick.

Chelsea, who brought on Olivier Giroud for a debut in the second half, scored an undeserved equaliser when Eden Hazard curled home brilliantly from 25 yards.

Two minutes later, Daryl Janmaat scored a fantastic goal of his own when he played a one-two with Roberto Pereyra.

He went on to beat another couple of defenders before scoring with his weaker left foot. 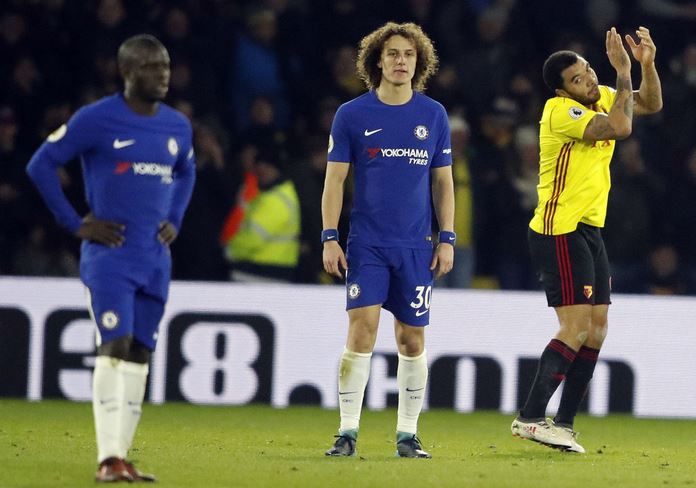 Deulofeu added another when he ran from halfway before his shot was deflected home by Gary Cahill — and then Pereyra scored a fourth from Abdoulaye Doucoure’s through ball.

It was Chelsea’s second consecutive defeat by three goals in the Premier League, following their 3-0 home reverse by Bournemouth.

Deulofeu later said “we are happy for these three points. The team fought too much at the beginning and we are worth this win. I’m so happy for my first game at home.’’

On the penalty kick he won in the first half, he said “Daryl Janmaat gave me a good ball and I think it’s a clear penalty kick. He (Courtois) touched me… I think.”

On his part, Janmaat said: “I know I can score goals, I did it in the past last year against Chelsea as well. It is really good

“I am happy for the team and it is a really important win. We pressed them well. We won a lot of second balls.

“Last week in Stoke we had a good result, a point there, and three points today. We have to build on from here because we want to be safe as soon as possible.”

Watford boss Javi Gracia could not hide his joy, saying “you always work for nights like today. But today has been an unforgettable night. I am very proud of my players and very happy for our fans.”

Chelsea manager Antonio Conte, when asked about his future with the club after two successive defeats, retorted: “My position? It is the same. I stay here, try to work and put all myself in the work.