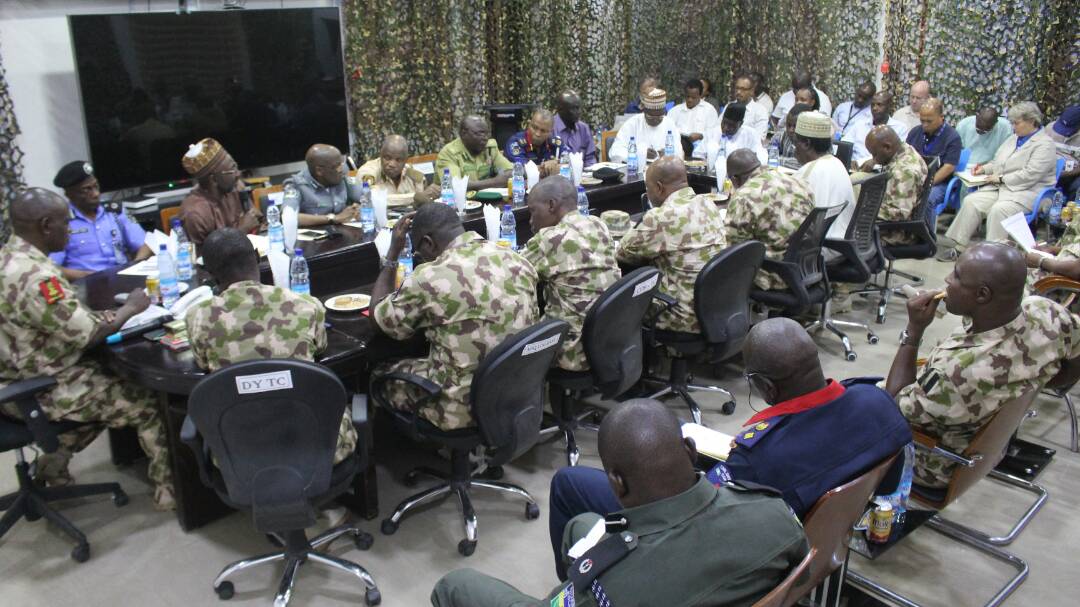 Speaking at the opening of the meeting, General Nicholas who expressed immense appreciation for the humanitarian support of the NGOs to Internally Displaced Persons (IDPs) in the north east, stated that the meeting became necessary to address some unpleasant challenges arising from both security and humanitarian activities in the region. He disclosed that some unregistered NGOs have found their way to the theatre and are operating without proper documentation with appropriate Government supervisory agencies. The activities of such NGOs, the Theatre commander noted were undermining security in the theatre. He urged all unregistered NGOs within the theatre to do so within two weeks, as unregistered NGOs will no longer have access to IDP camps and thorough fare at security check points.

The Theatre Commander also enjoined all NGOs in the Theatre to ensure that conveyance of relief materials locations in the theatre be conducted with road worthy vehicles to minimise the incidents of breakdown, upon which the insurgents capitalise to pilfer food, fuel and other logistics. Reminding the NGOs of their neutrality and impartiality operational principles, General Nicholas urged the NGOs to stick to their statutory and organisational roles and avoid meddling in activities that could jeopardize security. He reiterated the support of all security agencies under the aegis of Operation Lafiya Dole for the NGOs in the theatre of operation.

The meeting was attended by heads of security agencies, relevant government parastatals in Borno state and representatives of NGOs.

In a related development, a delegation from the Centre for Civilians in Conflict (CIVIC) was today led in a working visit to the Headquarters, Theatre Command Operation Lafiya Dole by the organization’s Executive Director Frederico Borolo. Describing the organization’s role in conflict, Borolo said the main objective of the Centre is to prevent and protect civilians from harm in conflict situations, adding that the Centre is a bridge between the military and civilians in conflict regions by working with the government and military actors to minimize conflict and its consequences on Nigerian population in the theatre of operation.

The Theatre commander Major General Rogers Nicholas assured the delegation that troops’ operations are guided by an operational code of conduct, Rules of Engagement, and respect for Fundamental Human Rights as well as International Humanitarian Laws. He lauded the role of the Centre in protecting the civil populace, who he said are often times the victims in conflict situations. He recalled that over 3000 civilians have been rescued by troops of Operation Lafiya Dole in the ongoing Operation Deep Punch 2. “In Operation Lafiya Dole, we are duty bound to rescue and protect civilians in the conduct of our operations “, General Nicholas stated.