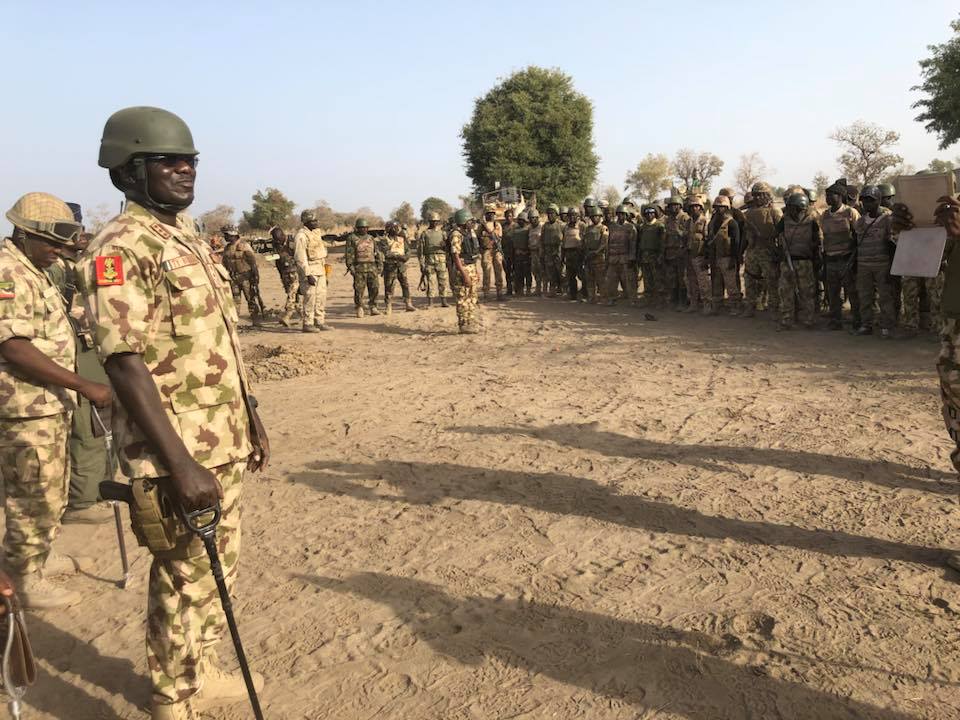 Speaking on behalf of the group during a condolence visit to the COAS in Abuja, Mr Ben Shemang, said the Army under Gen. Buratai’s Command had made giant strides that remain unprecedented.

He said it was natural to be weighed down by the loss of a loved one especially a father, but that Buratai should take solace in his father’s contributions to the nation’s peace which should keep him focused and determined in the ongoing fight against Boko Haram.

According to Shemang, “we are not mourning Baba’s demise but we are celebrating his life and this is very significant. We urge you to take his death as God’s time and be strenghtended in all that you do because he was a great man.”

Mr Shemang prayed God to continue to support the Buratai family and give them the fortitude to bear the loss.
In his remarks General Tukur Buratai thanked the journalists adding that journalists remain critical in the fight against Boko Haram.
Baba Yusuf Buratai died last week and has since been buried.
He was in West Africa Frontier Force, WAFF, a gallant Nigerian veteran of the Second World War, WW11.

The Chief of Army Staff Gallantry Award Receipients” are a group of embedded journalists who have always covered the war against terrorism in the north east of the country.

In one of the missions led by General Buratai to rout Boko Haram terrorists in Dikwa, Gamboru Ngala and adjoining areas the troops in the presence of the embedded journalists were ambushed by Boko Haram terrorists. These journalists never gave up but moved on with the gallant soldiers and the general areas which were captured and liberated by the soldiers.