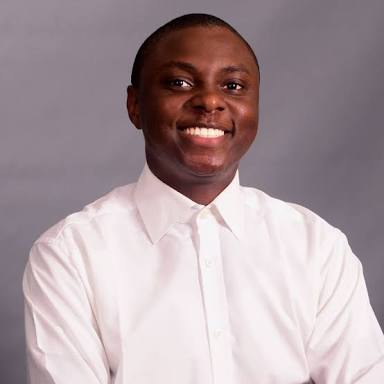 For President Buhari, history is in his favor when it comes to tackling insecurity – his reputation precedes him. The quelling of the Maitatsine Uprising in the 1980’s is to his credit – and formed a selling point for his election in 2015, when the violent terrorist group Boko Haram was raging the entire North and declaring Nigeria’s territories part of its unholy caliphate. It was literally a time of war: 14 Local Governments were under their control, in fear churches had reduced their hours of service time, scanners were deployed at every public building, alerts of where to go and where not to go spread throughout the online media, and crowded places were only visited by the strong at heart.

Then General, Muhammadu Buhari was the man envisioned to tackle this; he won, and his first move was the relocation of the Military Service Chiefs to the War Theatre – a pronouncement that set the ball rolling for the successes we see today in the war against Boko Haram. Next, he mobilized the world, primarily Nigeria’s neighbours, to come together and deal a collective blow against the terrorist sect that had become extra territorial in fact. Most bought in. Deals were forged with super-powers for the purchase of sophisticated war equipments. In no time, life was returning back to the people of the North East, this was the change they voted for. All territories hitherto under the control of Boko Haram were recovered, thousands were rescued, and hundreds of the terrorists were killed while thousands surrendered.

The group have been so decimated that in the last two years they have not had the capacity to mobilize to carry out coordinated attacks to override towns and cities like they once did.

Many would conclude that President Buhari has earned himself a good score, even an 80 over 100 in the war against Boko Haram.

But on matters of security it is not yet UHURU for President Buhari.

Decades of farmers and herdsmen clashes seem to have climaxed in the last two months, especially in Benue, Nassarawa, and Taraba States. Vicious killings, reprisals, attacks and counter-attacks have risen.

By and large, many actors and factors bear responsibility for the escalations. Destruction of farmlands by herdsmen, cattle rustling, the activities of state sponsored militia, who some herdsmen vacuously blame for their reprisal attacks, the unwitting and illegal sale of community lands to herdsmen by community leaders, cultural nomadic practices that have refused to acquiesce with modern day realities, an anti-open grazing law that remains inchoate and elementary as a solution to the herders – farmers clashes, porous borders, a security system that lacks capacity, and the sheer absence of the fear of God are just a few to mention.

No leader would watch such a massacre and do nothing. Perhaps, what gives out the wrong feelers is the President’s taciturn nature. But behind the cameras, the President has shown that this issue is on the front burner for him.

On the 25th of January, 2018, President Buhari passed on a letter to the Nigerian Senate providing a detailed breakdown of actions he has taken and is taking on the Benue Killings, most of which were related to orders he had given to security agencies, and strategic meetings he has had, and their outcome.

Since December, President Buhari has had several security meetings with his Security Chiefs dwelling mostly on the herdsmen and farmers clashes.

On the 15th of February the Nigerian Army commenced the Operation Ayem Akpatuma, a Tiv phrase for Cat Race. The exercise would aim at tackling, from the security angle, the farmers – herdsmen clashes, and the general insecurity in the North Central region.

It is indeed narrow-minded to accuse the President of complicity. Evidence says otherwise.

A high political point may have been scored by the President if he hopped on the Presidential chopper and landed in any of the aggrieved spots, particularly Benue State. Every political commentator would agree with this. But it seems that President Buhari is not interested in scoring political points; he is more engrossed with fixing the problem, and mending disputes that really are as old as the Bible’s Old Testament.

A lasting solution that goes to the root must be proffered. Parties who have lost loved ones on both sides of the divide are going to still be hurting, even with security measures put in place. Vengeance would yet lurk in hearts. Until justice is served, these problems would hang over the head of any government like the sword of Damocles.

President Buhari has set up a Committee to look into the rebuilding of communities affected by the violence in the affected states. This is a remarkable start to ameliorating the hurt the affected communities still feel. A team set up by the President to find a lasting solution to the crises was led by the Ebonyi State Governor, Governor Umahi, where they met with stakeholders to begin the long journey towards reconciliation. That is laudable.

Take away the sentiments of the nomenclature, without misconstruing intent, the Federal Government’s suggestion of Cattle Colonies is another good start, if implemented well. And if all stakeholders buy in and play their part. Like ranches – albeit having the capacity to take up to 20 to 40 ranches in one co-location – the Colonies would provide a large expanse of land for herdsmen to ranch their cattle and avoid entering into farms. Water bodies, security and grass would also be provided for herdsmen in these colonies.

As general elections draw near, 2018 is largely an election year. It is thus expected that every misstep, mistake, misspeak and mishap by the government in power would be drummed up to paint a failing government – whether true or not. The herdsmen and farmers clashes have presented a classic propaganda topic against the administration, with the profiling of the President’s ethnic identity.

To boot, and unfortunately, some religious leaders have redefined the conflict in religious terms. Some have described the clashes as coordinated attacks on Christians. A claim that shows zero understanding of the pith of the crisis: one rooted in the distribution of socio-economic resources. And a far cry from anything religious.

Sadly, many who react to the horrendous killings do not really care for the lives that have been lost. They care more for the political points that Buhari can loose with the heat in the region.

Nonetheless, politics or not, the first and foremost duty of any government is the protection of lives and property. And for President Buhari, being on top of a serious security situation as the Benue killings is certainly not about hosting press conferences or playing politics with lost lives. While he may want to seek re-election, and do all that is politically needed to win, his prime task is to proffer sustainable lasting solutions to the root of this crisis.

For a tough man who has to his credit dealt crushing blows to the Maitatsine uprising and more recently the Boko Haram terrorist group, this may be just another tough time. And if President Buhari deals the winning blow that puts an end to these decades old clashes, he would once again re-affirm Robert Schuller: Tough Times Never Last, But Tough People Do.