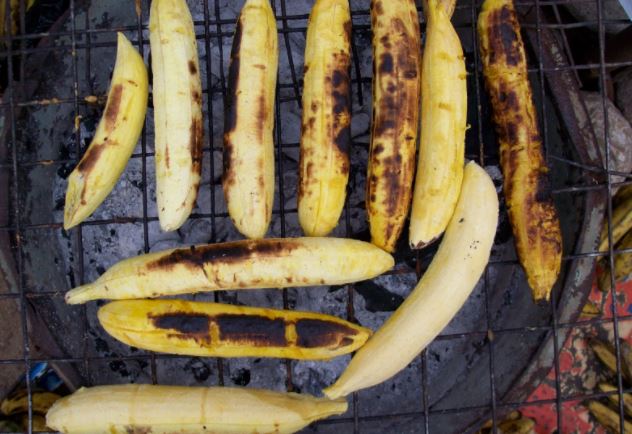 Sellers of roasted plantain and beans combination, popularly called “`mixture,’ are currently making brisk businesses and smiling to the bank within Enugu metropolis.

A correspondent of the News Agency of Nigeria [NAN], on Wednesday, observed that dealers in the local delicacy are spotted everywhere within the metropolis.

However, its major hubs are at IMT mammy market and NITEL Okpara Avenue axes of the metropolis, where no fewer than 40 sellers of the local delicacy each are seen.

While the dealers in IMT mammy market primarily sell to students at N200, the dealers in the hub located at Okpara Avenue, who sell to bankers, insurance brokers and police personnel, make a plate for N300 and N350.

The plate excluded cost of the roasted iced fish that goes with it.

The `mixture,’ which is prepared in a local way with palm oil, Nsukka pepper, onion and locust beans all mixed in their raw form, is now the delight of residents of the metropolis especially during lunch.

A dealer of the delicacy, Miss Ngozi Ani, said that sales had remained high each day as “it has been long we stopped recording unsold both on the part of the roasted plantain or cooked beans.’’ 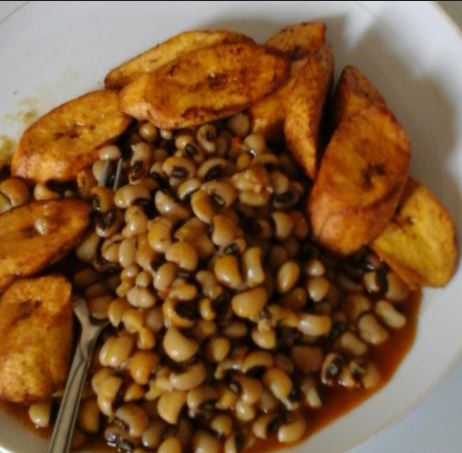 Ani, who is a part time student in IMT, said that she makes at least N4, 500 each day as profit.

“The profit has been what sustains my part time schooling at the Institute of Management and Technology [IMT],’’ Ani said.

A dealer at Okpara Avenue axis, Mrs Veronica Obika, said that for the past two years, there had been an upsurge of those that eat the delicacy in Enugu as they usually conclude sales on time unlike before.

“I do make a profit of over N5, 500 a day excluding the gain of N1, 500 I make for selling roasted iced fish to my customers especially bankers, who always want the delicacy to be crowned with a roasted iced fish.

“Just recently, I engaged a school girl that I pay N15, 000 monthly to help to wash the dish and chop the Nsukka pepper and onion for me to meet up the rush from my customers during the peak hours,’’ Obika said.

Miss Nnenna Sunday, who sells the delicacy at ESBS bus stop, said that roasted plantain mixed with cooked beans had been a major lunch option for most families living in Enugu.

Sunday explained that at times, a family of four spent more than N1, 000 getting take-away packs of the delicacy for the whole family.

“While the father and mother go for the unripe plantain, the children go for the ripe ones as their afternoon meals.

“At times, I personally bring out some rations for my devoted customers that buy from me on a daily basis.

“The business has been rewarding as there are quick sales and no left-over’s even on a raining day.

“I make a profit of nothing less than N4, 000 daily after I must have removed my running cost,’’ she revealed.

A dietician, Mrs Joy Nwokedi, said that unripe plantain and beans, was highly recommended for people above 40 years as they needed more iron and protein to remain productive physically and sexually.

“It will also help to suppress sugar and increase the rate of fibre needed to increase metabolism in the body,’’ Nwokedi, who is with Enugu State Ministry of Health, said.

For children, she said that roasted ripe plantain and beans make for fast growth.

“After eating the delicacy, it will induce them to take more water needed for the expansion of blood, body cells and tissues early in life,’’ she added.