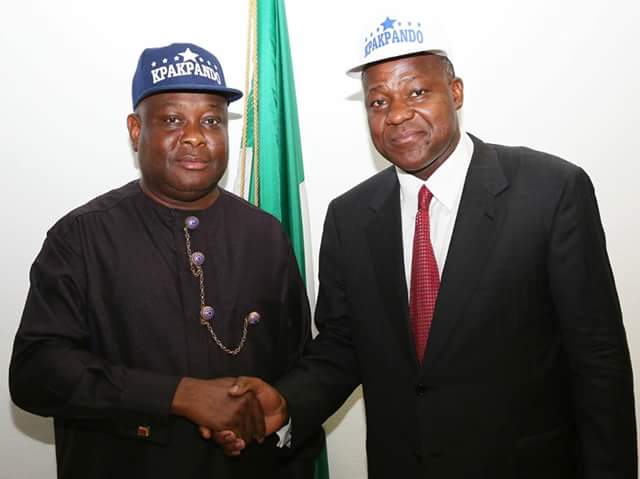 In Few Days, Disability Bill to Be Passed – Speaker Dogara

He gave the assurance when he received a delegation from Kpankpando Foundation For Persons With Disabilities in his office Wednesday.

The speaker said it was unjust for about 25 million Nigerians living with disabilities to be excluded from the benefits of democracy, adding that the House is committed to passing laws that will enable the All Progressives Congress to implement its promise in its manifesto to include people with disabilities in governance.

He explained that the Disabilities Bill had been passed by the House of Representatives on the 9th of June, 2016, while the Senate did same on the 13th of July, 2017, with a conference committee set up to address areas of differences in the versions of the two chambers on the 22nd of September, 2017.

Pledging that the bill will be passed tomorrow (Thursday), he said, “ it will be listed on the agenda of the House by tomorrow and once that is done, you can sure that it will mark the end of the journey of that bill in the National Assembly, except if the president declines assent to the bill, that is when it will come back to the House but hopefully, it will address the issue once and for all.

“We are all aware that the welfare and security of our citizens is the primary responsibility of government and I was a bit taken aback when the chairman of the board of trustees Sen Osita mentioned that we hold within our borders, about 23 million Nigerians living with disabilities, I thought the number was far less. As a matter of fact, he just said that he has just been told that that number may have grown to 25 million and that’s because disability can occur at any stage in someone’s life. It may be caused by an accident or anything that can lead to disabilities and that is why, I believe, the manifesto of the APC, the party that we belong to, clearly articulates the interests of the disabled and promised that we will bring them to the fore by providing an enabling environment that guarantees them to succeed and if we have a system that excludes 25 million of our citizens, you can now begin to imagine the injustice to our citizens. We are alive to our responsibilities as representatives of the people and their interest is also utmost as well.”

He also encouraged the disabled in Nigeria not to see themselves limited by their disabilities as it does not stop the talent or potential buried in them. 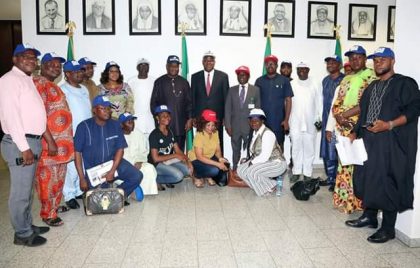 Earlier, founder and chairman, board of trustees of Kpankpando Foundation For Persons With Disabilities appealed to the speaker to ensure speedy passage of the Bill to enable the disabled in Nigeria exercise their rights, especially by participating in the oncoming 2019 general elections.