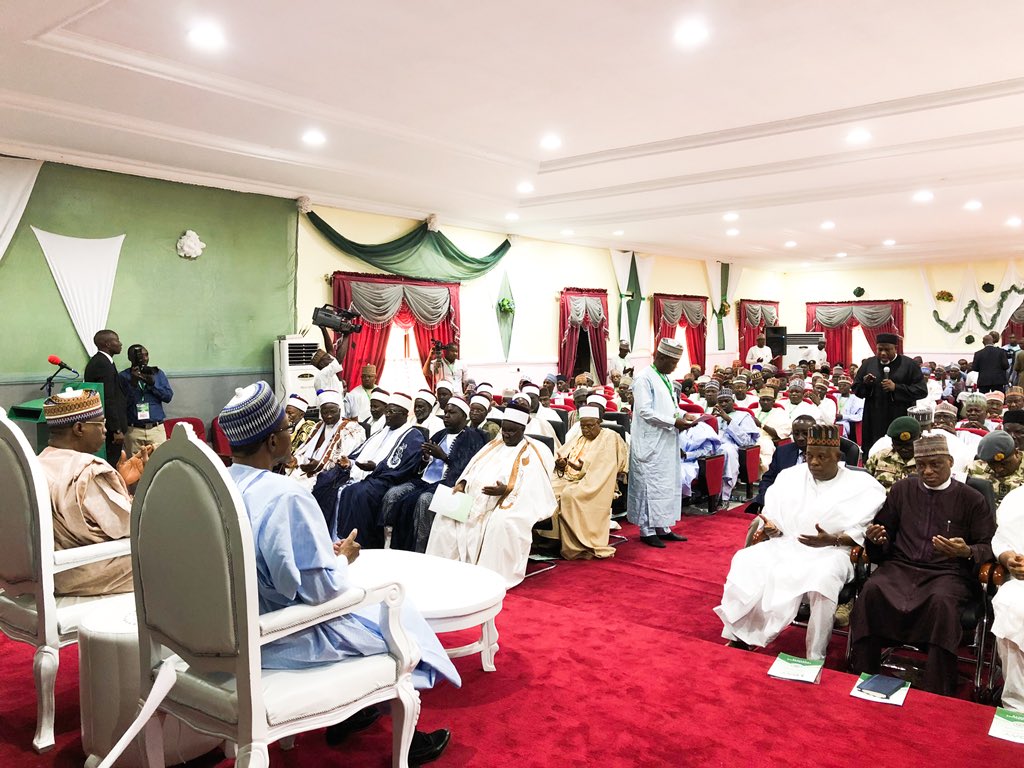 Garba Shehu, Abuja: After meeting with stakeholders in Damaturu, Yobe State, President Muhammadu Buhari Wednesday proceeded to Dapchi where he reassured parents of the abducted schoolgirls that the Federal Government will not rest on its oars, until their wards are safely brought back home.

The President, who was accompanied by Governor Ibrahim Gaidam of Yobe State, said he had directed full scale aerial surveillance and investigation to ensure that the girls were returned safely.

“I have read the full report of what happened in Dapchi. As I received the report, I was saddened and I am praying that God will continue to console you,” he said.

President Buhari also said that government will ensure that the Boko Haram menace is totally brought to an end.

“Boko Haram was in control of many local councils in Borno and some parts of Yobe State before we came. Now it has resorted to using young girls for suicide missions in mosques, churches and motor parks.

“We will not spare their members. We will ensure that Boko Haram meets its waterloo. By the will of God, I have directed the police and reinforced them, and the army and air force to keep searching until the children are returned alive,” he said.

Governor Gaidam had promised that the state government would continue to provide all the necessary support to security agencies to enable them embark on a successful search and rescue of the girls.

In her remarks, the Principal of the Government Girls’ Science/Technical Secondary School, Dapchi, Mrs Adama Abdulkarim, said some gunmen stormed the school premises and started shooting at about 7.00pm on February 20, 2018.

A representative of the parents, Alhaji Bashir Manzo, appealed to the Federal Government to do all within its means for the safe return of the girls.