Some parents of the abducted Dapchi schoolgirls on Thursday said President Muhammadu Buhari’s visit to Dapchi had given them more assurance of rescuing the girls safely. 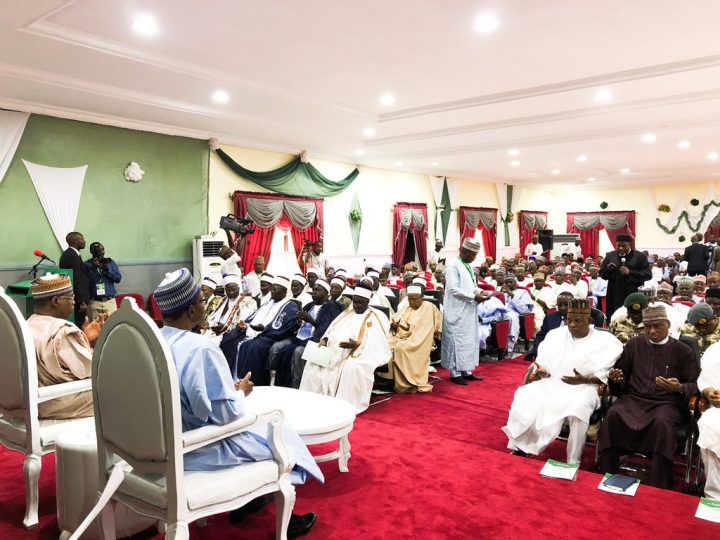 Malam Bashir Manzo, Chairman of the Abducted Girls Parents Association, told the News Agency of Nigeria (NAN) in Dapchi that the visit was a true sympathy full of assurances to the parents.

“We have listened attentively to the president and have a lot of faith and hope in all that he has said which gives us more confidence in the rescue of the girls,” Manzo said.

He said that they would heed to the president’s advice to remain steadfast and prayerful for the safe rescue of the girls.

Maimuna Usman, mother of one of the girls, said “President Buhari is a man of his words, we have no doubt in his words that efforts have been intensified to rescue the girls.

“I have a lot of confidence in the president, his coming gave us more consolation and hope for the safe return of the girls,” Usman said.

Mohammed Ali, a guardian of one of the abducted students, said that the Buhari Administration had rescued many Chibok girls who were abducted by Boko Haram during the previous administration.

Ali said the Buhari administration had also successfully secured the release of the university of Maiduguri lecturers as well as 10 women that were kidnapped in a raid by the insurgents on Damboa Road, near Maiduguri.

“It is gratifying that the Buhari administration is employing negotiation to rescue the girls, this gives us more confidence in seeing our daughters,” he said.

NAN reports that Gov. Ibrahim Gaidam while receiving the president on Wednesday, also commended him for sending high-powered delegations to the state immediately after the abduction of the girls on Feb. 19. (NAN)