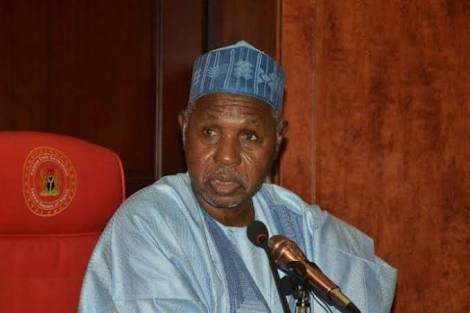 Abdu-Labaran Malumfashi, Katsina:
Governor Aminu Bello Masari of Katsina state has read the riot act to contractors handling projects for the state, warning that his administration will not tolerate shoddy work from anybody.

The Governor, who is on a project inspection spree that saw him reach as far as Lagos state, warned contractors currently executing projects for Katsina, and those likely to come on board as contractors, to do a thorough job in sync with the contractual specifications agreed upon.

Governor Masari spoke yesterday at the Katsina State Governor’s Lodge, Kofo Abayomi Street, Victoria Island, Lagos where he went to inspect the on going rehablitation of the Lodge.

The stickler for due process that he is, and not one to pull back his punches, or play to the gallery, he expressed in unambiguous terms his dissatisfaction with the service delivery, and ordered the contractors ‘to go back to the drawing board’ and start all over again as per the terms and requirements of the contractual arrangements entered into with the state government, warning that shoddy and substandard job will not be accepted.

He warned that his administration had zero tolerance for corruption in whatever form, and will therefore not hesitate to sanction any contractor whose performance falls short of agreed standards, regardless of whoever may be involved.

“We will not tolerate a situation where there is a wilful attempt to short change the good people of Katsina state.

“Since we have sworn an oath to serve the people without fear or favour, illwill or affection, we will live by the dictates of that oath so that we may serve in such manner that we always put our people first in whatever we do”, adding that his administration will not hesitate to wield the big stick against any erring contractor.

The Governor also warned officials of supervising MDAs to desist from acts inimical to the interest of the people, saying that conniving with contractors to deliver substandard results is tantamount to corruption of the worst kind, for which there will be no mercy shown to anyone found complicit.