The Federal Government says it has directed fish importers to go into backward integration via commercial aquaculture production of pond and cage culture to boost local production of fish. 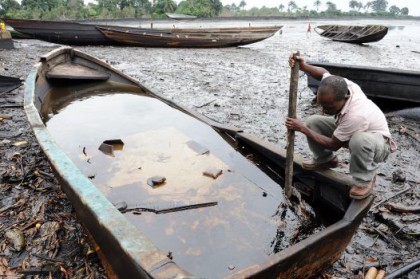 Sen. Heineken Lokpobiri, the Minister of state for Agriculture and Rural Development, said this in Abuja on Tuesday at the onset of a two-day stakeholders’ workshop on the WorldFish Nigeria Research Programme.

Lokpobiri said that the move was necessary to enable the country to reduce its fish imports and meet the demand gaps in fish production in the country.

“Our fish is basically imported and we want to see how we can develop a cheaper way of feeding fish to enable the cost of production to be low.

“The Federal Ministry of Agriculture and Rural Development has directed all fish importers to go into backward integration through commercial aquaculture (pond and cage culture).

“Some of the companies which have complied have been duly certified and can now export their fish and fishery products, including shrimps, to the international markets,’’ Lokpobiri said.

He said that for the country to achieve self- sufficiency in fish production; it must invest in the production of fingerlings and fish feeds as well as post-harvest fish processing.

The project coordinator said that the National Centre of Specialisation (NCoS), adopted by WAAPP, had generated and released 11 technologies to facilitate fish production.

He noted that techniques for the production of all-male tilapia species, which could contribute 30 per cent to the current annual fish stock of the country and production of all-round fingerlings, was generated.

News Agency of Nigeria reports that the workshop was organised by the Federal Ministry of Agriculture and Rural Development, in collaboration with an international organisation, WorldFish, to increase fish production in the country.